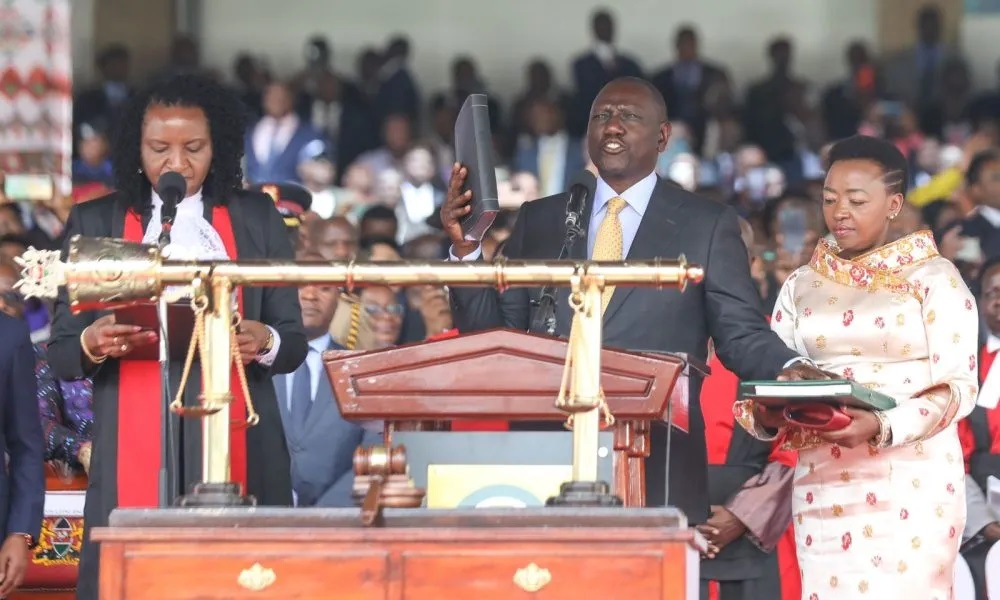 Vice-President Yemi Osinbajo says the swearing of Willam Ruto as the fifth President of Kenya is a testament of what robust institutions can do in a democracy.

Osinbajo, who was in Nairobi on Tuesday to represent Nigeria at the Kenyan presidential inauguration, spoke with newsmen shortly before departing for Abuja, Nigeria.

Osinbajo described the inauguration of Ruto as a celebration of democracy and democratic institutions in Africa.

He said: “Ruto’s inauguration is a celebration of democracy, and the reasons are obvious; we found a situation where the elections and campaigns were quite fractious.

“There was quite a bit of hostilities here and there, but the institutions held up – Independent Electoral and Boundaries Commission (IEBC), the equivalent of our own INEC, and the Judiciary.

“They held up and ensured that not only were processes properly followed but also that justice was done.

“I think that what we have seen here in Kenya and the swearing-in of Ruto is really evidence of robust institutions doing what they ought to do.’’

According to him, the Kenyan experience was a great example for democracy in Africa.

He said that everybody was extremely pleased as evident in the turnout of African leaders.

“We are all extremely pleased, and am sure you have seen from all of the African Heads of State and Governments and their representatives who are present here today, that there is an atmosphere of elation and joy, because this worked,” he said

No fewer than 20 presidents from Africa including those of Tanzania, Uganda, Rwanda, Ethiopia, Somalia, Burundi, South Sudan, Djibouti, Zimbabwe and Republic of Congo attended the historic event.

Airport in north France to be renamed after Queen Elizabeth II

Pope Francis travels to Kazakhstan for Congress of World Religions