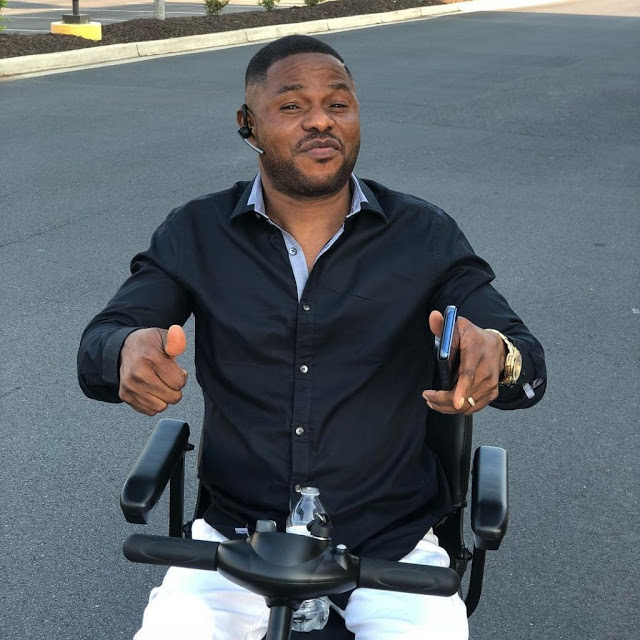 Dr Yinka Ayefele, a popular Nigerian Music Super star, has advised Nigerian youths to unlock their potential and work on them for future greatness.

Ayefele, also the Founder of Fresh 105.9 FM, biggest private Radio network operating in the South-West, gave the advice on Wednesday at a news conference in Ibadan.

On his plans for youths, said: “I’m working on something different; the target is to win more young people to my kind of music and bring them closer home.”

According to him, you must not go into music because everyone is doing it, unlock the potential in you first, pray and then go with it.

Ayefele urged them not to lose focus on their God-given talents and avoid venturing into business because others were doing it.

He advised them to look into their respective areas of strength and build their careers on them.

Ayefele, also a producer and music entrepreneur, said that in partnership with CKrowd Africa Technology and Solutions, he would hold a Digital Music World Tour on Sept. 25, to promote music and African culture.

He said he chose to use CKrowd technology to accommodate and reach out to his fans globally.

“Many fans will not be able to travel to witness this occasion; so, we are collaborating with CKrowd to make it bigger, there will be many performances online with other artists.

“We will have virtually all fans watching it live; without my fans, I won’t be where I am today, so this is an opportunity to give it back to them.

“I also want to reach out to the younger generation so that they can know more of Ayefele and be part of my kind of music as they are with ‘hip up’ songs,” he said.

Ayefele, who has released many musical albums, disclosed that his next album would be “So Far, So Good”.

According to him, the album will be released after the concert or around December, saying that he has plans to establish Fresh FM in Europe, U.S and other countries soon.

Adebayo said it would outline the impact of digitalisation in pushing old and new music and connect artists and their super fans.

According to him, it will also create a new space for artists to monetise their contents.

“We chose to work with Ayefele because he is hardworking, a huge artist who brings nostalgia to people who are dedicated to listen to him, moreso, he understands the digital world.

“Going more digital will make him harvest more fans and content creators to see the digital world as one of their revenues.

“People are already registering for the World Digital concert; everything is secured online to ensure it goes successfully.

“CKrowd has grown more than 90 per cent within a year, simply because we are offering solutions to people’s problems,” Adebayo said.

According to him, CKrowd is created to solve the problem of poor revenue for African and Afro-Diaspora content creators by allowing profits from revenue opportunities on the platform.

“It also provides online portal where original, exclusive varieties of African contents are well organised, accessed with ease and consumed as on demand for short videos and live series,” Adebayo said.

It was reported that CKrowd distributes African contents in information, education, entertainment and other sectors, to a global audience in short videos and live-stream format.

National Troupe to stage “Echoes of The Drums” Sept. 29