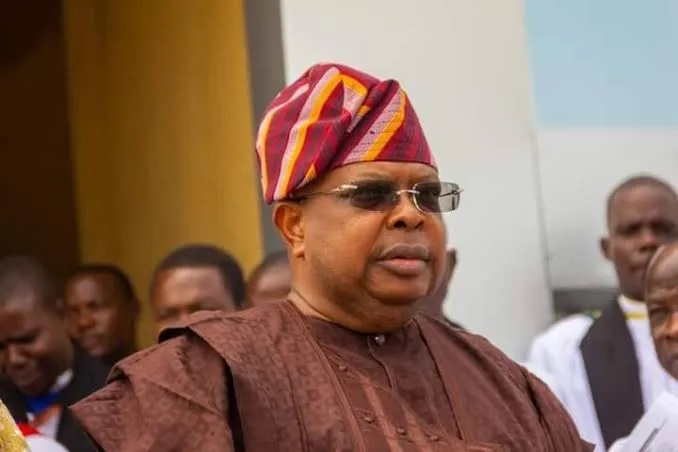 The inauguration had in attendance the Director-General of Tegbe Campaign Council, Adeniyi Bibire; Oyo South Senatorial Chairman, Chief Ojelabi and PDP local government chairmen in the senatorial district and other PDP stakeholders as well as members of the campaign
team.

The occasion, held in Ibadan on Thursday, also featured many PDP stakeholders who were there to solidarise with Tegbe and identify with the newly inaugurated campaign team.

In his remarks, Adeyinka, the director-general of Tegbe campaign council, urged the campaign team to work with all the political interests and other stakeholders in the senatorial district to ensure victory for Tegbe in 2023.

In his address, Tegbe said as an ardent believer, he sees his senatorial pursuit as God’s own project.

“With the help of God and support of the good people of Oyo south senatorial district, I’m confident of emerging victorious at the election in 2023,” he said.

Tegbe expressed his profound gratitude to members of his campaign council, groups and several committees, all of whom he described as formidable, for accepting to work with him to achieve his senatorial ambition.

The senatorial candidate, an engineer, chartered accounted and management consultant, assured the campaign team members that none of them would be left out of the benefits of their untiring efforts.

It was reported that all the campaign team members were presented with their respective letters of appointment at the occasion.

Some members of the campaign team, who spoke at the occasion, expressed gratitude to Tegbe for counting them worthy of the assignment, pledging to do everything possible to ensure his victory.