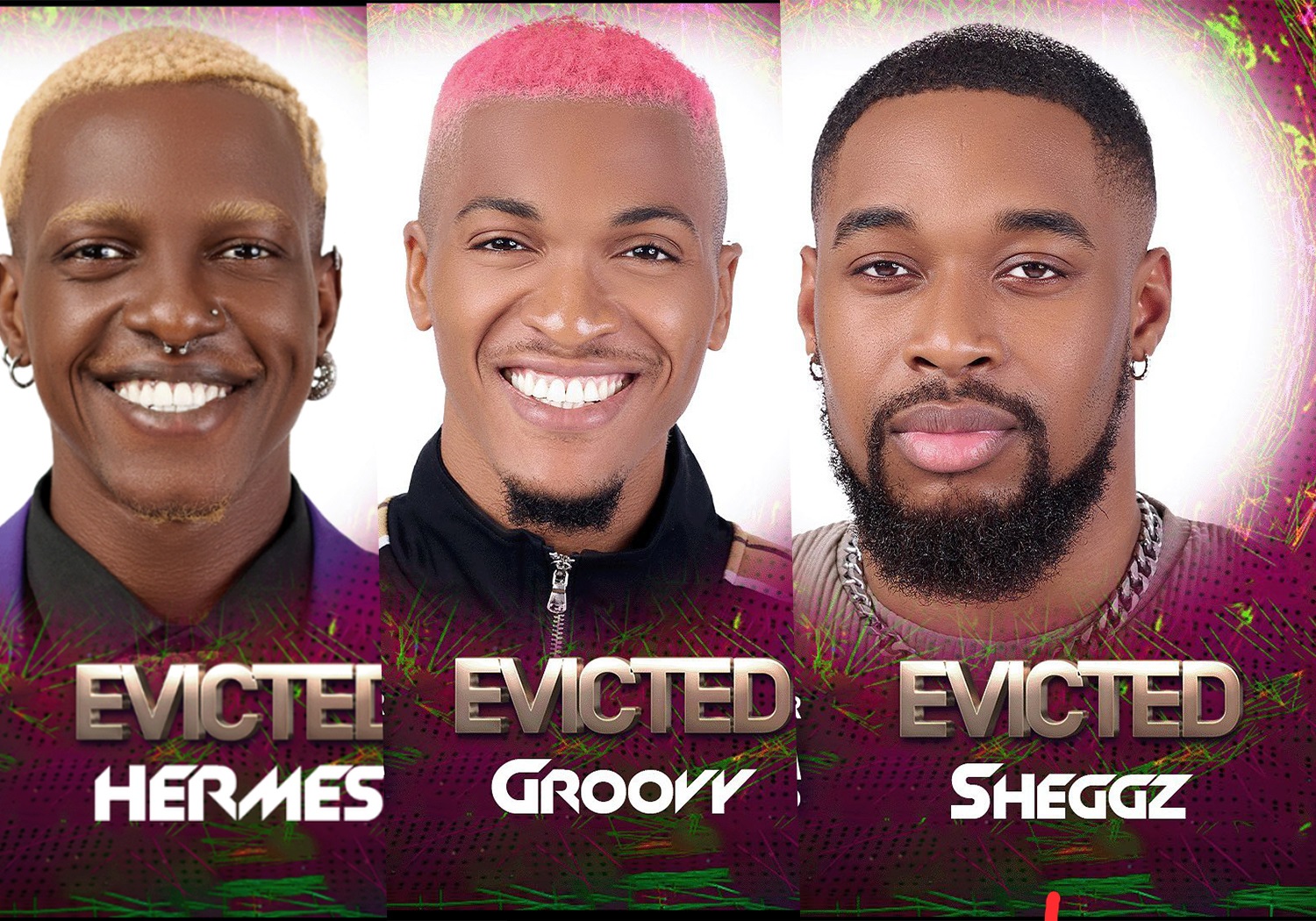 The housemates were evicted during the live eviction show on Sunday.

Ebuka Obi-Uchendu, the host of the show, announced the eviction process.

According to the vote percentage, Hermes garnered 15.83 per cent, while Groovy and Sheggz had 14.63 per cent and 13.26 per cent respectively.

Hermes, upon eviction said he would be open for anything in the sports and arts sectors.

Groovy, a fashion designer and model, said, “I will be going back to everything I left behind, with this space, I know everything had changed for me.”

Also, Sheggz, a footballer said, “I will go home, relax, see my mother and my family, the world should wait to see what happens next.”

Just a week to the end of the show, eight housemates are currently on the show with six – Chichi, Phyna, Bella, Daniella, Bryan and Adekunle bidding for the grand prize and two “rider” housemates – Rachael and Chizzy.

The riders are not designed to win the grand prize.

The show which was launched July 23 and July 24 will end Oct. 2 when the overall winner will be announced.