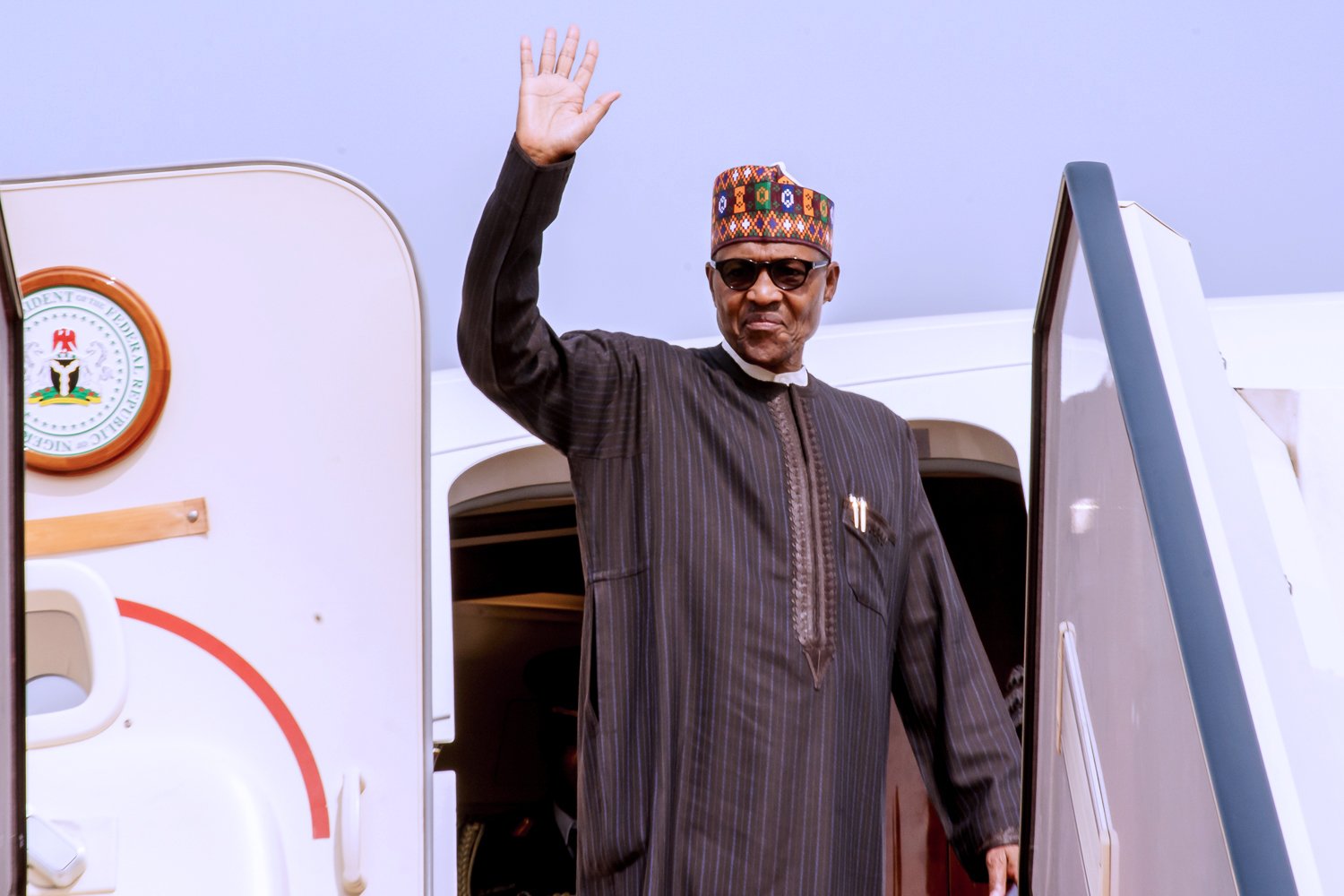 President Muhammadu Buhari on Sunday left New York for Abuja, after a successful conclusion of an eventful outing at 77th session high-level meetings of the UN General Assembly.

It was reported that President Buhari participated in no fewer than 12 High level events, including bilateral meetings.

The Nigerian President who arrived New York on Sept. 18 attended the opening of Transforming Education Summit on Monday, Sept 19 ahead of the General Debate and attended Leaders Roundtable segment of the Summit where he delivered Nigeria’s statement.

Still on Transforming Education Summit, the President spoke to the thematic session four: digital transformation of Education where he pledged inclusive digital learning for students in Nigeria.

On Tuesday, the President attended the opening of the UN General Debate in the company of the Minister of Foreign Affairs, Mr Geoffrey Onyeama and Permanent Representative of Nigeria to the UN, Prof. Tijjani Muhammad-Bande.

On Wednesday, Buhari was the first speaker to deliver Nigeria’s statement to the world leaders, assuring them of leaving lasting legacies and restated commitment to Constitutional term.

In his farewell reflection, he told the global body that his administration was determined to entrench a process of free, fair, transparent and credible elections through which Nigerians would elect their leaders.

He also attended an event hosted by the Federal Ministry of Humanitarian Affairs, Disaster Management and Social Development, entitled “Strengthening Resilience and Sustaining Development: A Humanitarian Development Peace Approach to Leaving No One Behind.”

Same on Friday, Buhari held bilateral talks with Prime Minister of Ireland, Micheal Martin, where he discussed the renewed efforts of the Nigerian military to address insecurity in the country.

Wrapping up his engagement on Saturday, he held a town hall meeting with Nigerians residing in New York, where he commended Nigerians living in the U.S. for the exemplary roles in their different fields of endeavour.

It was reported that the Nigerian delegation participated in other high-level events such as Africa’s New Public Health Order: Rejuvenating the Global Health Security Agenda and High-Level Meeting on Multilateralism.

The delegation, made up of 15 ministers, seven governors and some heads of Ministries, Departments and Agencies (MDAs), also attended other events.

Similarly, the First Lady, Mrs Aisha Buhari, organised a side event under the auspices of the African First Ladies’ Peace Mission (AFLPM) with the theme “The Role of Young Women and Girls in Advancing Peace and Security: Promoting a Culture of Peace in Fragile Settings”.

At the event, Aisha Buhari, the President of AFLPM, advocated mandatory inclusion of peace education in curriculum of basic education of schools in Africa to promote the culture of peace in the continent.

No fewer than 150 leaders attended the gathering, which is the first fully in-person session since the outbreak of the coronavirus pandemic in 2020.

Nigeria has been a member of the UN since 1961 and has been participating in various General Assembly activities since then.

The UN General Assembly is the most representative and most visible organ of the United Nations where all the 193-member states have equal representation.

The Assembly is also one of the six principal organs of the UN, the main deliberative and policy-making organ of the United Nations.

Its powers are to oversee the budget of the UN, appoint the non-permanent members to the Security Council and appoint the Secretary-General of the UN.

It also receives reports from other parts of the UN and make recommendations in the form of Resolutions, as well as establish numerous subsidiary organs.

UNGA: Buhari has positioned Nigeria as bastion of democracy in Africa – Onyeama