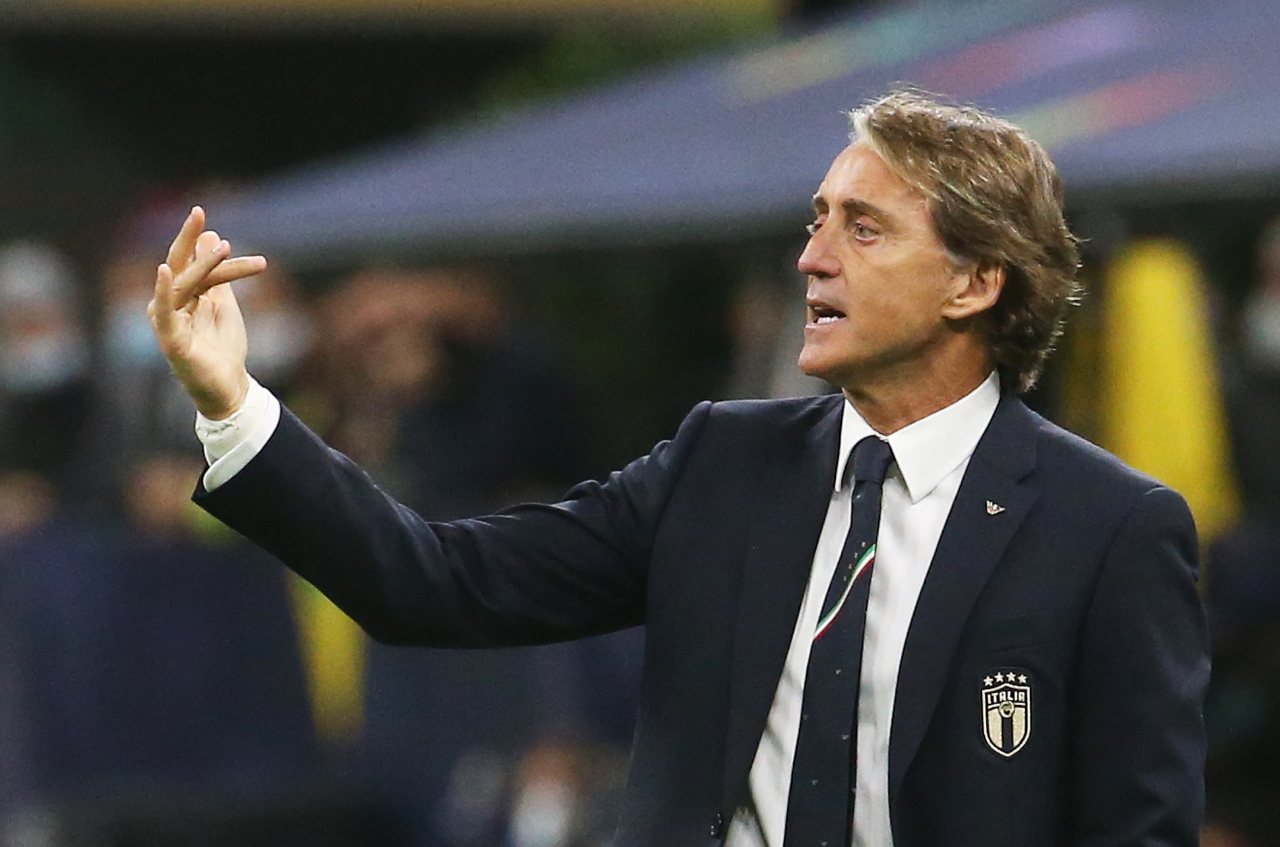 Italy coach Roberto Mancini is already targeting FIFA World Cup glory in 2026, as the Azzurri prepare to “suffer” through this year’s tournament after failing to qualify.

The European champions will be the most high-profile side to miss the 2022 tournament in Qatar after slipping to a humiliating play-off defeat to North Macedonia in March.

Italy were also absent from Russia in 2018 following a play-off loss to Sweden, meaning their exile from football’s most storied competition will stretch to a minimum of 12 years.

Mancini, however, is determined to end Italy’s World Cup woes when the tournament heads to the U.S., Mexico and Canada in four years’ time.

He believes their failure to reach Qatar was unjust.

“Winning with the national team is the best thing there can be,” he said at an event in Rome.

“Giving Italians such joy is incredible, (but) now we have to wait four years. We will aim to win the next World Cup in America.

“We are working, (but) unfortunately we will suffer until December —– the disappointment of not qualifying for the World Cup does not fade.

“It was totally unfair, but the defeats must be faced. We did not deserve to stay out of the World Cup, but unfortunately that’s how it went.”

Asked why he chose to continue as Italy coach following their play-off embarrassment, the former Manchester City boss added: “Honestly, I don’t know. At that moment, I just wanted to turn the page because it went badly.

“But winning the European Championship brings incredible joy. Now we have to wait a few years and then we want to try for those emotions again.”

Italy has since salvaged some pride by winning their UEFA Nations League group, finishing above Hungary, Germany and England to reach next year’s finals.

And Mancini was keen to emphasise the difficulty of that achievement, adding: “It wasn’t easy, the players put everything in.

“England are a danger to win the World Cup, they have an incredible squad and Hungary are a very physical team.”

Italy will contest friendlies against Albania and Austria when elite club football pauses for the World Cup in November.

Benzema back in training, feeling very good for weekend