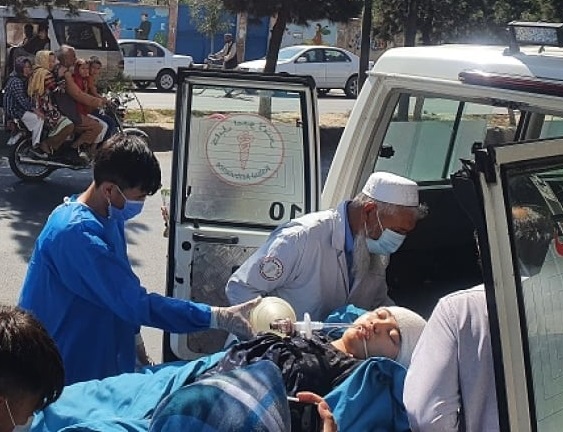 At least 19 people were killed, and 27 others wounded in a suicide attack targeting an educational centre in Kabul’s Shia neighbourhood, security officials said on Friday.

A member of the centre who asked not to be named told dpa that the attacker killed two guards and several students at the entrance gate before blowing himself up among the female students in the hall.

Another eyewitness told local media that around 400 students were inside the establishment at the time of the attack.

Hospital sources told dpa that 42 wounded people had been admitted to two nearby hospitals.

Footage shared on social media shows the students saying as a group that they are the generation “tired of bullets and guns.’’ They said they would not surrender, no matter what hardship they face, and would work even harder to build a society that is free and well informed.

The attack was widely condemned domestically and abroad.

Most of the victims are girls. When the Taliban took power, they closed schools for teenage girls.

Since then, private educational institutions have offered them the opportunity to continue their education.

There was no immediate claim of responsibility for the attack.

However, the Islamic State terrorist group has claimed similar attacks before, killing or wounding more than a hundred civilians.

They mostly target religious minorities, as well as Taliban officials.