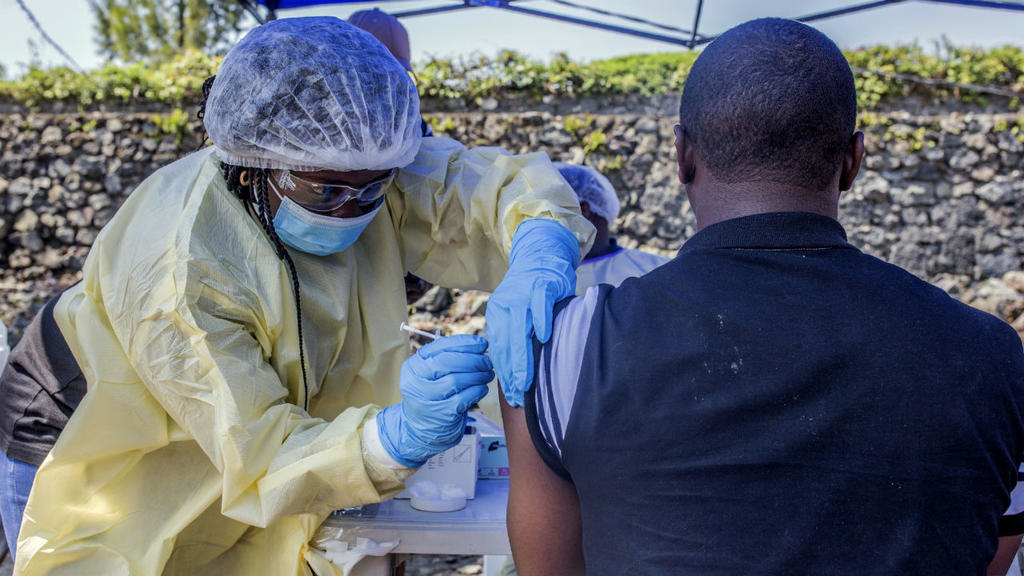 The Nigeria Centre for Disease Control and Prevention (NCDC) says it is aware of the ongoing outbreak of Ebola Virus Disease (EVD) caused by the Sudan strain of the Ebola Virus (EV) in Uganda.

The Director-General, NCDC, Dr Ifedayo Adetifa, in a statement on Tuesday made available to our reporter in Abuja, said that Uganda had, on Sept. 20, declared the outbreak of the virus and that it was on an alert mode.

It was reported that the outbreak has also been confirmed by the World Health Organization (WHO).

The Sudan strain of the Ebola virus is the known cause of EVD, having caused previous outbreaks in Uganda, South Sudan, and the Democratic Republic of Congo.

The Uganda Virus Research Institute confirmed the virus in samples collected from a 24 year-old male, who had exhibited symptoms of the disease and later died in Mubende District in the Central Region, about 175km from the capital, Kampala.

The Ugandan Ministry of Health, with the support of WHO, is working to effectively respond to and contain the spread of the virus.

“Based on available data, the overall risk of importation of the Ebola virus and the impact on the health of Nigerians has been assessed as high for the following reasons:

“The Sudan Ebola Virus does not currently have an effective drug for treatment or licensed vaccine for prevention.

“The extent of the outbreak in Uganda has not yet been ascertained as investigations have shown that some persons may have died with similar symptoms which were not reported to health authorities.

“In addition, their burials were not conducted safely to prevent transmission.

“The case fatality rate of the Sudan virus varied from 41 per cent to 100 per cent in past outbreaks.

“The likelihood of importation to Nigeria is high, due to the increased air travel between Nigeria and Uganda, especially through Kenya’s Nairobi airport, a regional transport hub, and other neighbouring countries that shared a direct border with Uganda.

“The likelihood of spread in Nigeria following importation is high due to the gatherings and travel associated with politics, the coming yuletide as well as other religious gatherings and festivals during the last few months of the year,” he outlined.

He said that in spite of the risk assessment, the country had the capacity – technical, human (health workforce), and diagnostic – to respond effectively in the event of an outbreak.

“This is exemplified by our successful response to the Ebola outbreak in 2014, as well as improvements in our capacity for health emergency response during the COVID-19 pandemic.

“We have the diagnostic capacity to test for the EVD presently at the National Reference Laboratory in Abuja and the Lagos University Teaching Hospital’s Centre for Human and Zoonotic Virology Laboratory,” he said.

He, however, said that diagnostic capacity would be scaled up to other laboratories in cities with important Points of Entry (POE) and others as might be required.

“An effective response system is in place with the availability of control capacities (trained rapid response teams, and an effective infection prevention and control programme) to limit the risk of spread in the event of a single imported case.

“Currently, no case of EVD has been reported in Nigeria. Nonetheless, the Nigerian Government, through NCDC’s multisectoral NEVHD TWG, has put several measures in place to prevent and prepare for immediate control of any outbreak of the disease in-country.

“The NCDC Incident Coordination Centre (ICC) is now in alert mode. Development of an incident action plan for the first few cases of EVD has commenced.

“Passengers arriving from Uganda and persons who transited in Uganda are being followed up for 21 days of their arrival in Nigeria on their health status.

“Trained Rapid Response Teams are on standby to be deployed in the event of an outbreak.

Adetifa said the country had an active infection Prevention and Control (IPC) programme nationwide with guidelines and training packages developed for healthcare workers.

It was reported that Ebola virus disease is a severe, often fatal illness affecting humans.

The strain responsible for the current outbreak was first reported in southern Sudan in June 1976.

Since then, seven outbreaks caused by this strain had been reported (four in Uganda and three in Sudan) with previous outbreaks’ fatality ratio ranging from 41 to 100 per cent.

Just like other types of Ebola virus, people infected cannot spread the disease until the development of symptoms, including fever, fatigue, muscle pain, headache, and sore throat later followed by vomiting, diarrhoea, rash, symptoms of impaired kidney and liver function.

Symptoms may appear anywhere from two to 21 days after exposure to the virus, but the average is 8 to 10 days.

Currently, there are no vaccines or therapeutics for the prevention and treatment of this strain of the virus.

However, the early initiation of supportive treatment has been shown to significantly reduce deaths.

People who recover from Ebola virus infection develop antibodies that last for at least 10 years.