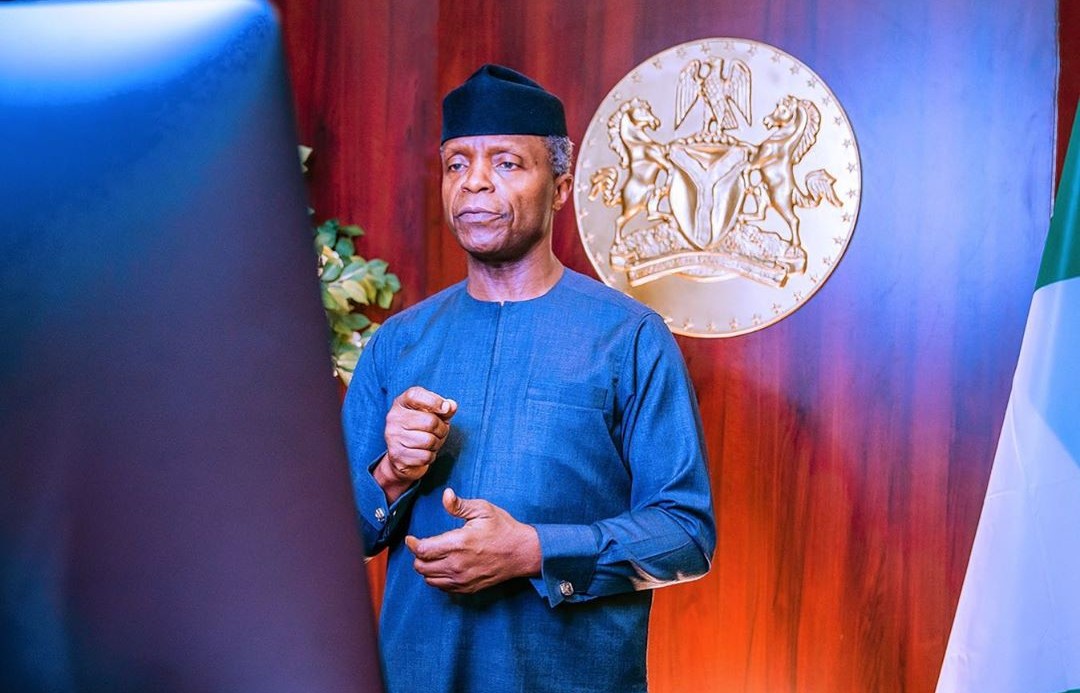 Osinbajo disclosed this in his presentation at the 3rd Ministerial Performance Review Retreat for Ministers, Permanent Secretaries and top Government Functionaries on Monday at the State House Banquet Hall, Abuja.

The vice president’s presentation was titled, “The President Muhammadu Buhari Administration: Reflections on the Journey So Far.”

Osinbajo said that mass metering scheme would have a huge impact in electricity supply across the country.

“The National Mass Metering Programme being financed by CBN has created 10,000 jobs and distributed 1 million meters and is establishing a structure to meter an additional 6 million households and sustainably eliminate the metering gap.

“41-meter factories are now present in Nigeria; where do we go from here? One grid is unrealistic; we need two others, private sector run.”

The vice president said that another game changing achievement of the administration was on digital economy.

He said that the sector contributed 18.4 per cent to GDP in the second quarter of 2020 — the highest ever in the history of the country and almost three times the contribution of oil and gas to GDP.

“How have these figures been achieved; first is the rapid expansion of broadband access.

“This has also been helped by the Ministry of Communication and digital economy directly engaging the states to reduce the rates charged for laying fiber optic cables many have complied with the right of way policy and have as low as N140 per metre, while some states have completely removed the charges.

“The percentage 4G coverage across the country also increased from 23 per cent to 77.52 per cent.”

The vice president said that the deployment of 5G technology would become the biggest contribution of the digital economy to Nigeria’s economic growth.

He said that there was already presidential approval for the 5G policy, and the auctioning of the spectrum.

The vice president said that the deployment of the technology would radically transform the digital technology landscape in Nigeria in the next few years.

“There also the very fast data rates of the 5G and more efficient energy usage.

“Additionally, the cost of data has crashed from N1,200 per GB in 2019 to about N360 today, making it easier for Nigerians to connect to the Internet.

“Now, we have embarked on the National Information and Communications Technology Infrastructure Backbone II (NICTIB II) to connect 20 states with fibre optics that had not been connected in NICTIB I.”

According to the vice president said that tremendous progress has been made with expanding the digital identity database from less than 40 million people with National Identification Numbers (NINs) in 2020 to 90,268,742 NIN records as at end of September.

He said that digital identity was profoundly important for the entire economy.

“It assures democratised access to basic services, like health, education, banking, and enables the inclusion of millions in the digital, economy.

“Another key strand of Nigeria’s digital journey is the stellar performance of our fintech companies the growth of which was supported by the CBN in terms of granting new categories of licences and providing clear regulatory guidelines for payment service providers.

“This has led to an explosion in participation with the value of digital transactions in Nigeria rising to N286 trillion in 2021,” he said.