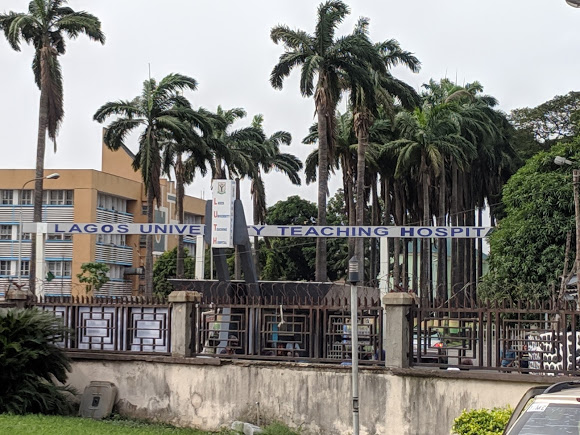 The Association of Resident Doctors, Lagos University Teaching Hospital (LUTH), has urged the Head of Service of the Federation to absorb them into the Integrated Payroll and Personal Information System (IPPIS).

The resident doctors made the appeal openly at LUTH premises, Idi-Araba, Lagos on Monday.

Speaking, Benjamin Olowojebutu, Chairman, Nigeria Medical Association (NMA), said he was joining ARD LUTH chapter to appeal to the head of service and the Federal Ministry of Health to help absorb the doctors.

Olowojebutu said that the doctors had laboured and worked in LUTH for between nine to 12 months without being transferred to IPPIS.

He said that his support in the open appeal was to help tell the government to use their good offices to transfer these doctors to IPPIS.

He said that it was important for government to have a deliberate impactive position on keeping the workforce.

Also speaking, Dr Samuel Okerinde, President, ARD, LUTH said that some of its members had not been paid for over nine to 12 months.

Okerinde said that they desired to be migrated from where they were coming from to the LUTH platform.

He said that the development had negatively impacted on the mental health of doctors.

“Imagine as a doctor working in a very unconducive environment where we have one doctor doing about ten doctors’ work.

“Why? Because a lot of doctors have migrated, they have left the system and then we have people working and they are not being paid” he said.

The ARD chairman said that the doctors faced transportation challenges before getting to work and still attended to the large number of patients when they get to work.

Okerinde explained that this was responsible for the LUTH ARD members’ appeal to the head of service to help look into the matter and sort out the issue.

Another Physician, Dr David Aloyah, said that the migration issue had affected him so much that he could not afford basic utilities which he needed for his day-to-day needs.

Aloyah said coming to work as well as coping with his financial responsibilities was a huge problem.

He said that even his friends were no longer answering calls from him again because they now see him as a potential beggar in need of help whenever he called them.

Aloyah said that since he moved from Enugu to Lagos December 2021, he had not been paid his salaries although he has been working.

Another resident doctor, Oluwakemi Fadare, said that she moved from Jos to Lagos, but it had not been favorable at all for her.

Fadare said that due to the shortage of doctors, she was still burdened with the stress of seeing patients without being paid salary.

According to her, even as an expectant mother, she cannot afford to pick some of her hospital bills, which is telling on her condition.

Fadare said that, personally, the lack of payment for about a year now was negatively affecting her mentally, psychologically and in all aspects of her health.

She, therefore, appealed to the head of service to kindly look into the plight of the resident doctors by absorbing them into IPPIS.