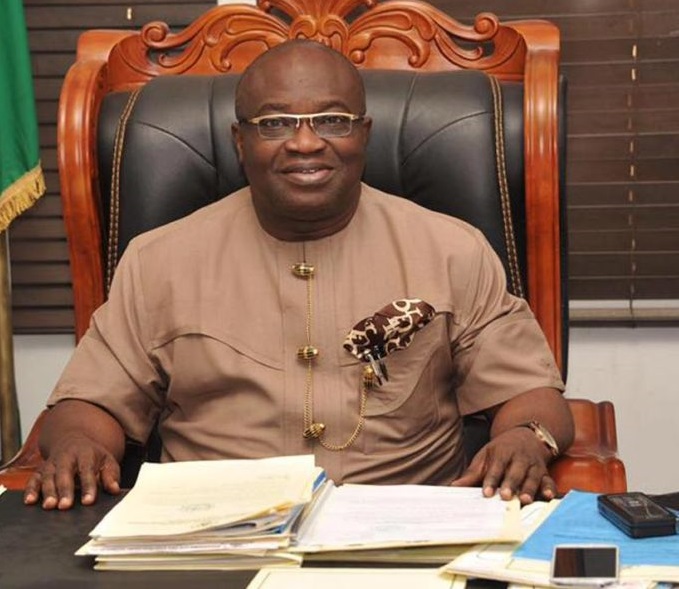 Gov. Okezie Ikpeazu of Abia, says the development of the Southeast geopolitical zone remains a product of shared responsibility between the citizens and the government.

Ikpeazu said this on Tuesday during the Okezie Victor Ikpeazu Leadership Colloquium at his countryhome in Umuobiakwa, Obingwa Local Government Area (LGA).

The event which was themed “Socio-economic future of Ndigbo: Setting the Agenda”, was part of the activities organised by the state government to celebrate the governor’s 58th birthday.

He urged “Ndi Igbo” to remain active players in the implementation of programmes and policies aimed at transforming Igboland.

Ikpeazu said that the absence of an Igbo philosophy was a major cause of the slow pace of advancement recorded in the zone, adding that this ought to addressed.

He said that the use of science and technology in producing innovative results had shown great potential in transforming regions and societies, therefore digitisation should be the new way for solving problems in Igboland.

According to him, the former Premier of the Eastern Region was able to develop the economy of the region into the fastest growing economy in the country by utilising the vast resources in the region.

The governor called on the Igbo business community outside the region to be deliberate about investing in the zone, adding that this would boost the economy of the region.

“Posterity will record the roles that we played in building the zone, if we played our roles effectively in our little corner.

“We need to realign our attitude to enable us conquer the world.

“In Abia, the state government has created an enabling environment through various initiatives such as the Enyimba Economic City and Geometric Power projects, so let us take advantage of it.

“We must provide jobs for our children and the answer is Enyimba Economic City and Geometric Power project,” he said.

In an address, Mr John Udeagbala, the President of Nigerian Association of Chambers of Commerce, Industry, Mines and Agriculture (NACCIMA), urged “Ndi Igbo” to revive the culture of uninterrupted development in Igboland.

“We must upgrade our use of technology to boost development in Igboland.

“Our brain drain must be changed to brain gain as we emulate countries like Malaysia.

“We must revisit the practice of the apprenticeship system, as its benefits to both individuals and the region is very enormous,” Udeagabala said.

In his remark, Prof. Uche Ikonne, the Governorship Candidate of People’s Democratic Party (PDP), said that Ikpeazu had continued to provide platforms aimed at promoting the socio-economic development of Abia.

Ikonne added that if elected the next governor of Abia, he would establish Aba Development Authority and make it a significant part of his blueprint for running the state.

The highlight of the ceremony was the unveiling of a book, titled “Okezie Ikpeazu Raising the Bar of Governance in Abia state,” written by Mr Obiora Nzekwu in honour of the governor.