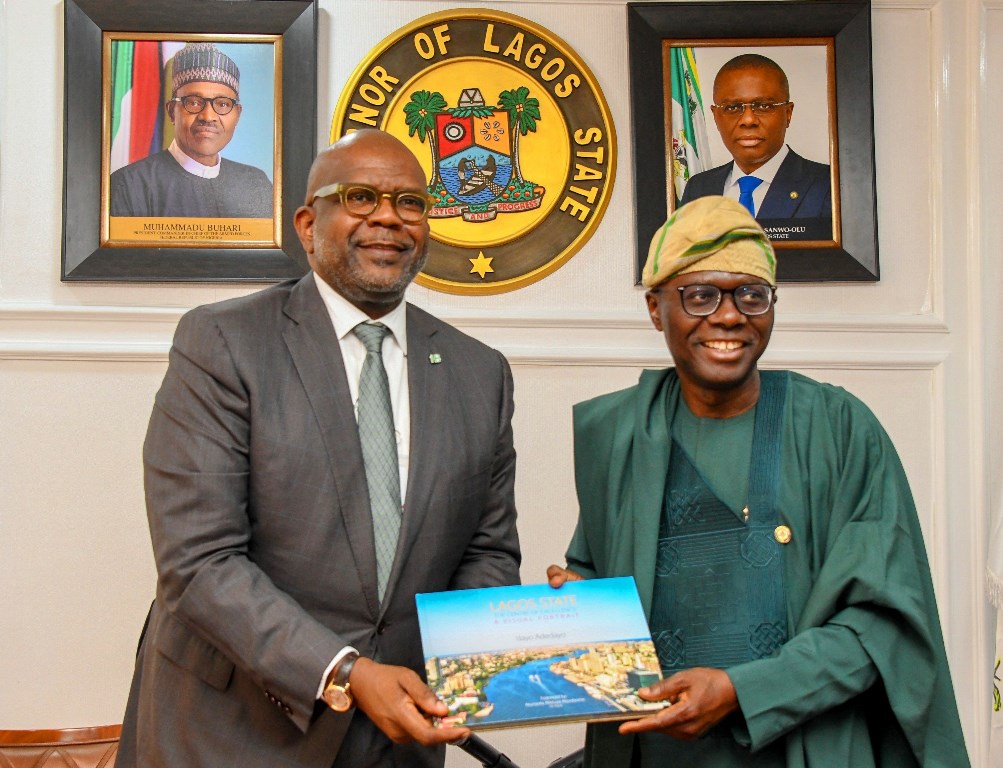 Gov. Babajide Sanwo-Olu of Lagos State on Wednesday said his administration would continue to ensure a mutually beneficial relationship with financial institutions in the state.

Sanwo-Olu said this at the Lagos House Ikeja, during a courtesy visit by the new management of Heritage Bank, led by its Managing Director, Mr Akinola George-Taylor.

He said that the government was poised to do more, as it continued to play its roles in providing an enabling environment and improving the ease of doing business.

According to him, government will be forward-looking in its dealings with financial institutions.

“Lagos is the Centre of Excellence and the commercial, economic nerve centre, so we cannot but ensure that we have a very forward-looking mutually beneficial relationship with all of our financial institutions and of course, Heritage Bank is not an exception.

“You can be assured that we know how important it is to spread our businesses and to ensure that everybody gets a part of it.

“Knowing that you and your staff will also have a corporate responsibility on the Personal Income Tax component, it is expected that we will continue to play our roles and play our parts,” he said.

Sanwo-Olu congratulated the Managing Director and his new team on the huge and great responsibilities that shareholders in Heritage Bank had reposed in them.

“I wish you the very best. On behalf of the Lagos state government, we thank you for your validation of your endorsement of our government because it is a period of endorsement. We get endorsements on a daily basis.

“The endorsement of our government is saying that we are doing a good job and we are encouraged to do more. We are humble with those words, and it will encourage us to do a lot more,” he said.

George-Taylor said that the bank would continue to increase the wallet of its business transactions with the Lagos state government.

He said that the new management of the bank came to introduce themselves, since the bank had a relationship with the state (Lagos) for years now.

“We are here to say thank you for the business that we enjoyed with the government and that we align and commend the great work the governor is doing for Lagos state.

“Of course as bankers, we want to try and increase our own size of the wallet of the business that we do with the government and to extend our best wishes to him and his government,” George-Taylor said.