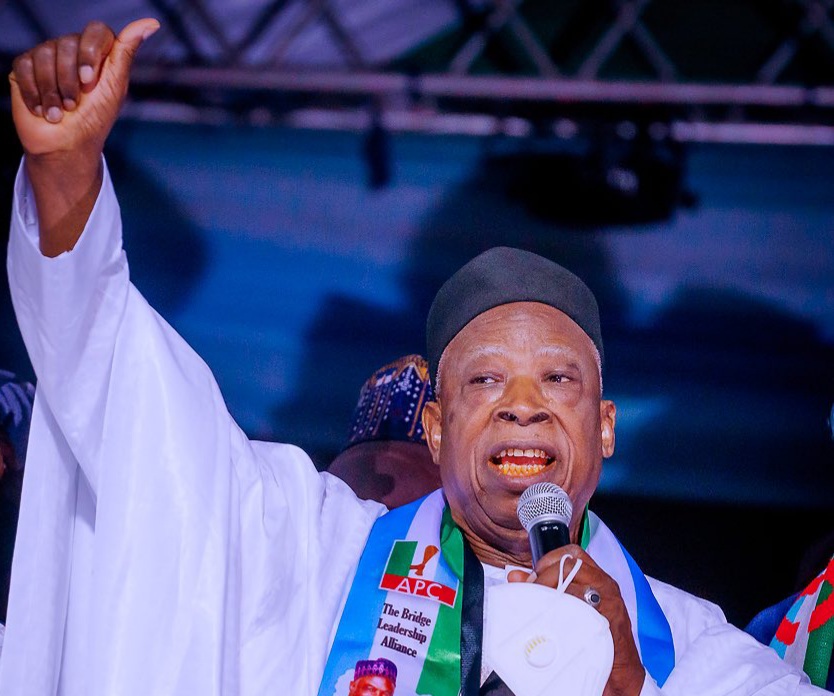 Sen. Abdullahi Adamu, the National Chairman of the All Progressives Congress (APC) says the party is intact, refuting claims that some aspirants who lost at the presidential primaries have left.

Adamu said this when he spoke with newsmen on Thursday in Abuja.

“To the best of our knowledge they are keying into our 2023 presidential project.

“Each of the aspirants to the presidency of this country that presented himself during our June convention is still alive and still in the party.

“As for reconciliation, it is a work in progress, we have been doing it and have been talking to them individually and we will continue doing that,” he said.

The APC national chairman said that the party needed the support and collaboration of the media in its quest to achieve an overwhelming victory in the 2023 general election.

Adamu said also that no any party has equal APC’s achievements in the area of youth inclusiveness.

He said the APC stood out among other political parties in ensuring youths inclusiveness in governance and politics.

Adamu said the party has done everything possible to ensure that youths participated in politics effectively.

This, he said, was done through the reduction in the cost of expression of interest and nomination forms for youths to encourage and prepare them for political contest.

“We are working to empower youths and part of our desire is to prepare them for political participation and that we had been doing, empowering and ensuring they have a level playing ground.

“We realised their limitation on finance and we tried to ease it, but we can’t ensure electoral victory for them, they have to work for it,’” he said.

He dismissed claims that he sacked some of the directors at the APC Secretariat in Abuja on his assumption of office.