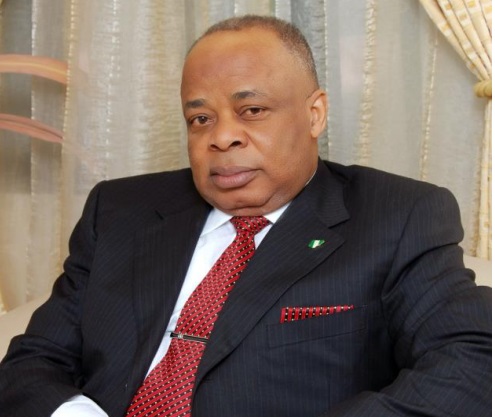 Sen. Chimaroke Nnamani (PDP-Enugu), has denied stealing 41.8 million dollars from the coffers of the Enugu State Government, while serving as the governor.

Nnamani, who represents Enugu East at the National Assembly, said this in a statement on Thursday in Abuja.

He said that the allegation was a mere imagination of his accusers and was a beer parlor gossip saying that nothing of such happened under his watch as governor of Enugu state.

“I maintain a residence in America and just came back after five weeks.

“The FBI is not looking for me and no assets of mine have ever been seized in the United States,” he said.

He said that his accusers were quoting mere complaints at the Department of Justice, usually associated with interim forfeiture, adding that the interim forfeiture was discharged after investigation and judicial review.

Nnamani, also Chairman, Senate Committee on Cooperation and Integration in Africa and NEPAD urged those peddling the rumour to do something positive because accusing him falsely would not add value to anyone.

“If my recent political activities make some people uncomfortable, they should know that democracy is a matter of choice.

“It is an open field; you choose your lane to play. everyone has a choice, I deserve the right to choose my lane, I do not expect people to infringe on my right of choice,” he said.

Nnamani said that the politics of 2023 should be played with every sense of responsibility and loyalty to the nation without bitterness.
“All we strive as a nation for is a better Nigeria,” he said.