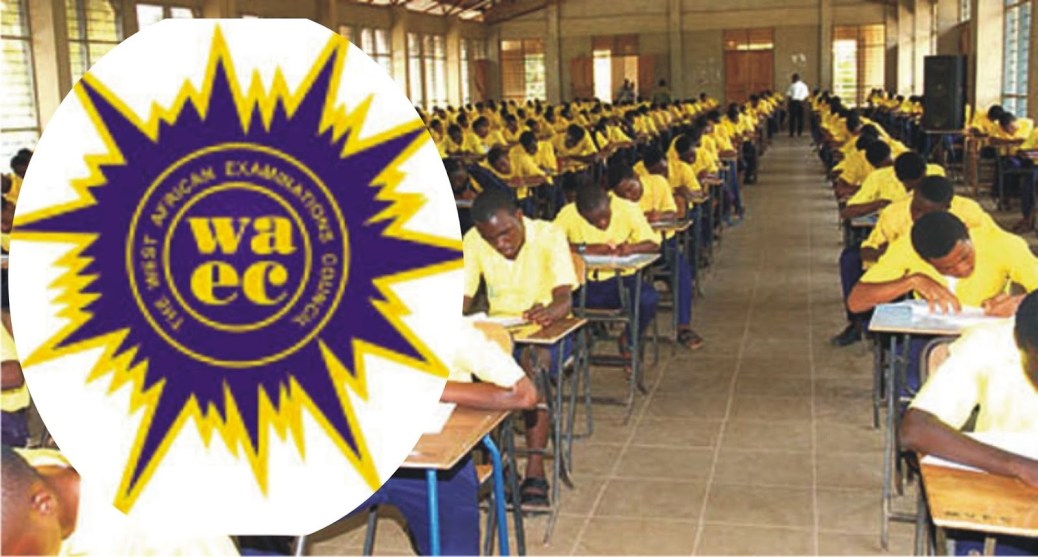 The Head, National Office (HNO), Mr Patrick Areghan, in his welcome address at the unveiling of the platform, said that the development was to meet up with the constant demands of a changing world.

According to him, with the advent of technology, there is the need to integrate technology with students’ lifestyles.

The HNO said that the council’s new digital platform was developed in conjunction with one of the world‘s foremost security technology providers.

He said it was being implemented to streamline the issuance and verification of certificates from all over the world.

According to him, it holds powerful features that enable users to access, share, request and confirm certificates.

He said that it could also be used to recover candidates’ forgotten/lost examination numbers.

“The development of the new digital certificate platform is in line with WAEC’s continuous record of meeting global needs, by using cutting-edge technology to improve candidates’ experiences as they seek to continue their education.

“We are evolving to meet the demands of a changing world. We have migrated from physical registration of candidates to online registration, online verification of results and online result printouts and more.

“Their mobility is of utmost importance to the West African Examinations Council.

“Today, we live in a digital world, where instant satisfaction and accessibility are the ultimate. The process of receiving, retrieving, sharing, verifying or confirming academic certificates is rather cumbersome and moribund.

“The whole process is costly and could be frustrating, and the only answer can be found in Digital Certificates. Today, we are here to witness a revolution in the assessment and certification industry,” he said.

He noted that council would continue to be committed to its mission of encouraging academic and moral excellence.

The HON said it would also continue to promote sustainable human resource development and international cooperation.

According to him, the council is also committed to prompt service delivery.

He said with the development of the digital certificate platform, an important step had further been taken.

The council boss noted that since the commencement of assessment by the examination body, certificates had been issued to represent students’ performance in examinations.

He said that such certificates helped them to advance their educational development or get involved in the world of work.

“So, for centuries, academic certificates have been issued as physical paper certificates. This is the traditional certificate,” Areghan noted.

Listing some of the benefits of the digital certificate platform, the HNO said that candidates would no longer share photocopies of their certificates with institutions and organisations.

He stated that they would rather access and share copies of their original certificates, delivered straight from WAEC data base, noting that these records would instantly be confirmed and validated.

According to him, candidates or other certificate owners would however have to pay a ‘token for the various services they apply for on the platform.

“For instance, with the new platform, if a candidate wants to do just confirmation of result, he will just have to pay N5,000 as against the N60,000 that was charged for the same service before now.

According to him, the entire process is not about making money, but rather, a sort of council’s Corporate Social Responsibly (CSR).

He said that it was about giving back to the society, adding that it was a total package, a one-stop shop for access and validation of certificates.

Speaking further on the gains of the technology, Areghan noted that with the development, issues of result alteration would cease to exist.

According to him, it has also solved the problem of delay, doubt and faking, adding that candidates can access and share their result at anytime and to any location around the globe.

“Individuals can now share their digital certificates from a WAEC source instantly, regardless of the person’s location.

“This eliminates institutional administration delays and backlog of requests. It provides instant verification and credibility,” he said.

Areghan said that the digital certificate platform would give certificate holders the power to prevent unauthorised users from accessing their data.

He said that the platform was compliant with global best practices by ensuring that the data of candidates were protected securely and could not be accessed by third parties without the consent of certificate owners.

“Thus, it provides security for certificates.

“Another benefit is that universities, institutions and organisations can now enjoy a seamless, secure and fast confirmation process with the digital platform.

“The platform also allows for bulk confirmation of certificates at once. This saves valuable administration costs and time.

“The limitations experienced with the paper certificates is that it cannot be replaced as original certificates are only issued once.

“Going digital, your original certificate is now available on demand. And the risk of loss or damage is now eliminated.

“Certificate owners can print their digital certificates in high quality to have a physical copy, if they so desire, among others,” he stated.

He assured that result of candidates from 1999 to date could now be accessed through the just-launched and long-awaited platform.

Areghan noted that the council would embark on persistent and mass sensitisation on the innovation and how to apply it.

It was reported that a digital certificate is the electronic version of academic or physical paper certificate.

It is hosted on a dedicated credential page with options to share and embed.