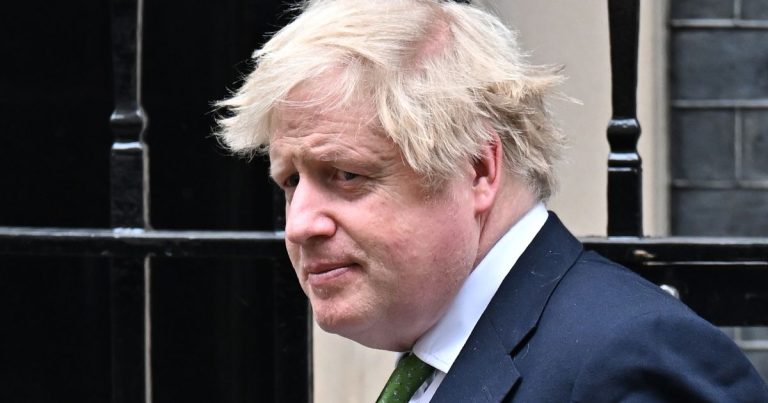 Out of power for a matter of months, comeback king Boris Johnson is once again being touted as the new leader of the governing Conservative Party and Britain’s prime minister.

The man who was forced to quit as prime minister in July, brought down by some of the very lawmakers he now hopes will rally around him, is, according to Conservatives and a former aide, taking soundings to see if he has the support to return.

It would be an extraordinary political resurrection for the former journalist, who left office shrouded in scandal but defiant, grumbling that he was brought down by the “herd” – a swipe at the Conservative lawmakers who turned against him.

But the question is whether he can convince the dozens of lawmakers who abandoned him that he is now the person who can unite the party and turn around its flagging fortunes by winning over voters increasingly concerned about the cost of living.

In September, in his final speech as prime minister, Johnson, 58, compared himself to a booster rocket that had fulfilled its mission and to a Roman dictator who, in old age, left his farm to take control of the state and fight off an invasion.

“Like Cincinnatus, I am returning to my plough,” he said, in front of the door of Number 10 Downing Street.

Tantalisingly, the legend of Cincinnatus was that he was recalled a second time to fend off another crisis – prompting some to predict Johnson was already planning his return.

For some Conservative lawmakers, Johnson is a vote winner, able to appeal across the country not only with his celebrity but also with his brand of energetic optimism.

For others, he is a liability, a man whose flaws were brutally exposed during his time as prime minister when colleagues in his Downing Street office broke COVID-19 rules by partying when the rest of Britain was under a strict lockdown.

When Johnson left Downing Street, his aides said he was going to embrace a quieter life, no longer being “public property” and able to make more money by going on the speaker circuit. One said he was considering setting up a foundation to help Ukraine, of which he was a vocal supporter against Russia.

After his successor as prime minister, Liz Truss, quit on Thursday after just six weeks in power, the Ukrainian government’s Twitter account even published, and then deleted, a meme saying “Better call Boris”.

On Friday, a former aide said Johnson was returning from a Caribbean holiday to assess whether he could win the 100 votes from lawmakers needed to make it into the leadership contest.

On current indications, he is trailing his former finance minister, Rishi Sunak, who some Conservatives blame for triggering the rebellion which brought Johnson down.

“He could easily get 100 but I think he’ll fall short, just,” said one Conservative lawmaker, who is taking the weekend to decide whether to back Sunak or Penny Mordaunt, the third-placed former defence minister who is seen as a fresh face.

Another Conservative lawmaker expressed hope Johnson would run, arguing that at a time when the party’s fortunes have never been worse, he is the politician to turn things around.

There is one factor Johnson cannot escape – he is under investigation by parliament’s Privileges Committee to establish whether he lied to the House of Commons over the lockdown-breaking parties.

If ministers are found to have knowingly misled parliament, they are expected to resign.

And he may be the wrong person to unite a party that is deeply divided after seeing off four prime ministers in six years, said one Conservative lawmaker.

Johnson’s former aide, Will Walden, said his one-time boss would only run if he was assured a victory.

“Boris hates losing and I suspect that he won’t do it if he can’t make it to the threshold of 100 MPs needed,” Walden told the BBC.

“The country needs a grown-up, serious leader. Boris had his chance, let’s move on,” he added