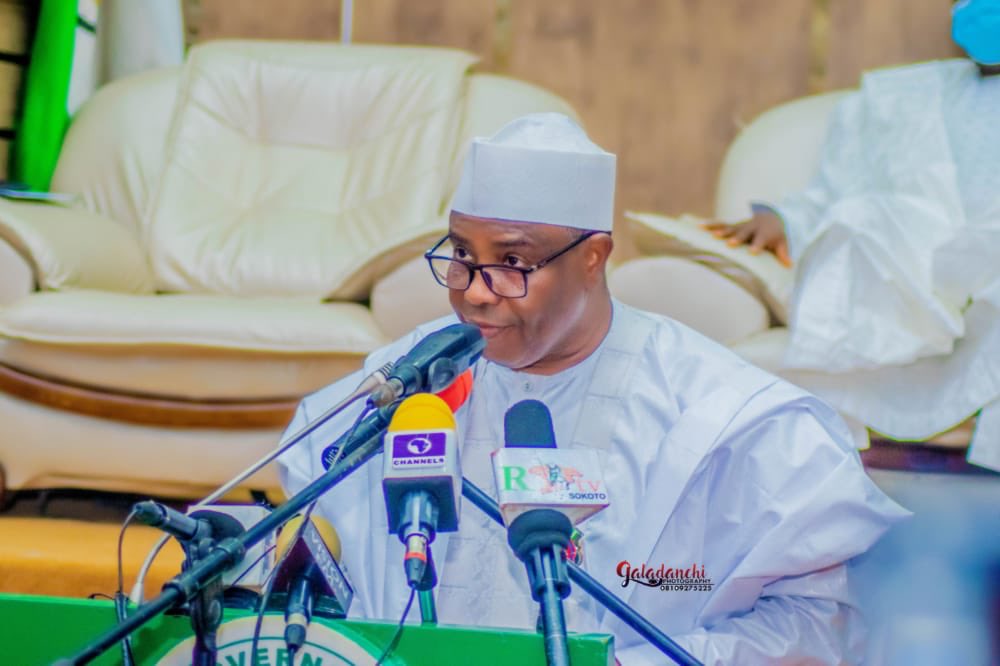 The Peoples Democratic Party (PDP) in Sokoto state has inaugurated its governorship campaign council for the 2023 General Elections.

The party appointed Gov. Aminu Tambuwal as the Chairman of the council and Alhaji Yusuf Suleiman, a former Minister of Sports as the Director-General.

Inaugurating the council in Sokoto on Sunday, Tambuwal said he had ceded his appointment as the chairman of the council to Alhaji Attahiru Bafarawa, the former Governor of the state.

The governor described the appointment of Suleiman as the D-G of the governorship campaign council as an indication that PDP always stood on it words of equal treatment of all members.

“We treat our members equally not the way others do, when you join PDP at any time, we see ourselves the same and work together for the success of our party.

“The 2023 elections are of great importance to all of us, our state and Nigeria.

“Therefore, we need to ensure that whoever we are giving our mandate to is one who will lead us, our state and our country to greatness,” he said.

Tambuwal further urged the PDP supporters in the state to sustain their self discipline by ensuring violence-free campaigns.

He expressed confidence that PDP will be the party to win the 2023 elections in the state and Nigeria.

“PDP had led Nigeria for 16 years and APC had led for now seven and half years, so Nigerians will make their judgement on who to follow,” he added

In his acceptance speech, Suleiman said that the campaign team will work closely with all PDP members in the state to ensure its success.

“We are fully ready to face the task ahead and I want to reassure our supporters that PDP is for all of us, our struggle is to ensure a better future for our state and Nigeria,” he said.

Earlier, Alhaji Bello Goronyo, the state PDP Chairman, said that the inauguration of the campaign team marked the beginning of campaigns by all party members.

It was reported that the campaign council will be led by Bafarawa, with PDP governorship candidate, Alhaji Sa’idu Umar as his Deputy.

The state Deputy Governor, Alhaji Mannir Dan’iya and other stakeholders are to assist the campaign council.

Crowds at PDP rallies sign of victory in 2023 – Campaign organisation