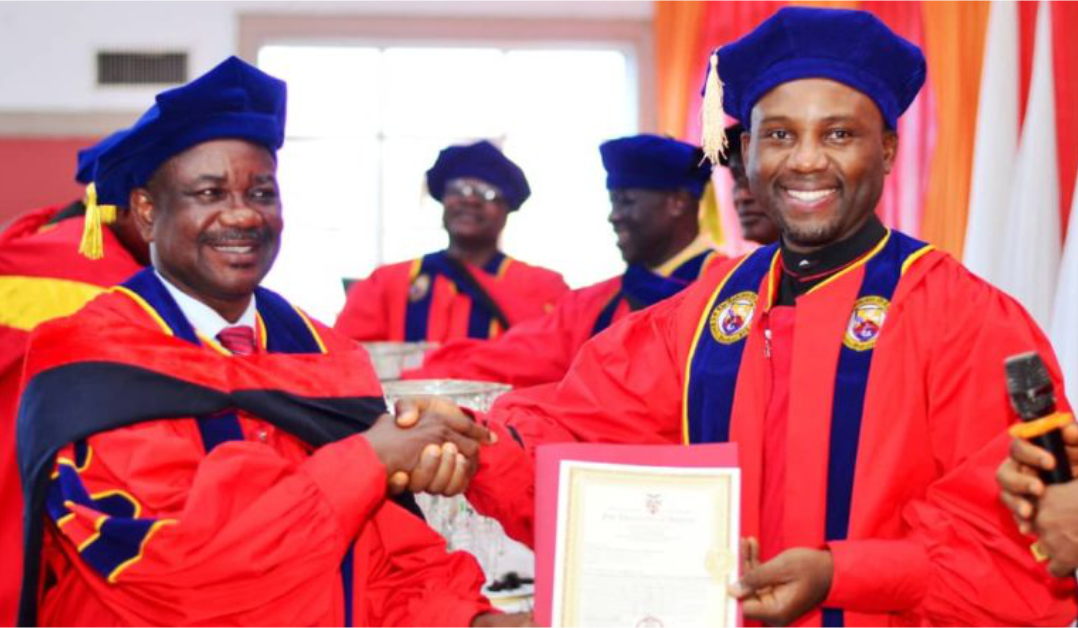 Central Washington College of Nursing Sciences, an affiliation of University of America, Temecula, California, has elevated three Nigerians to the rank of professors.

It was reported that the academics were officially conferred with the professorships on Sunday at the Central Washington College of Nursing Sciences, Enugu campus.

This, he said, included teaching and learning, research and academic leadership, among others.

He said that the university received “a long list of applications” but that the trio were able to meet and scale through rigorous reviews of the university to qualify for professorship in the institution.

He said: “They went through scrutiny and they were found worthy. We had a long list of applications but only three of them made it to the finishing line.”

Orga, a visiting professor of Business Administration, noted that professorship was not an award, but one meritoriously given to recipients, in recognition of their stellar performances and achievements in various aspects of academic and non-academic endeavours.

“They have demonstrated exceptional ability in variety of fields of academic excellence that are widely recognised, both locally and globally,” Orga said.

In his message, President and Vice-Chancellor of the institution, Prof. Prince Gamaliel, said that the university authorities were impressed by the works and competences of the new professors.

He explained that their records of academic excellence qualified them for the professorship.

Speaking further, Gamaliel, represented by the university’s Proctor, Prof. Mike Ikupolati, urged the new professors to sustain the tempo and carry out more research to guide policy formulation and improve governance across the world.

He said: “They are supposed to be playing a major role in developing Nigeria.

“In their various fields, we expect them to carry out lots of research that will generate results that can help policy formulation so that they will be able to make meaningful contributions to national development,” Gamaliel said.

One of the professors, Okolie, commended Gov. Ifeanyi Ugwuanyi of Enugu for providing him with the opportunity to gain public service experience, thereby paving way for his journey into the international stage.

“I feel fulfilled; I feel happy. I am overjoyed because that’s the (highest) you can attain in the academic world.

“I am happy because I have also attained highest height in the civil service, having retired as a permanent secretary and accountant-general.

“Today, I have made an in-road into the academic world because I have been promoted to the rank of a professor,” he said.