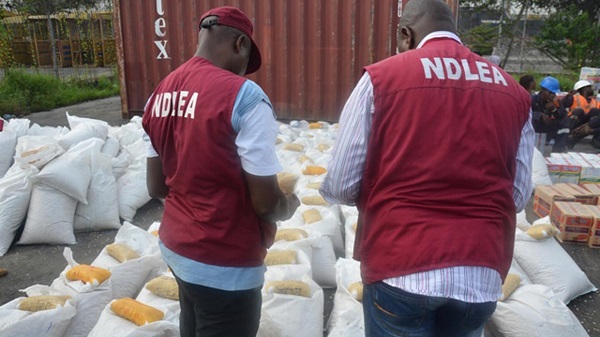 The NDLEA in a charge sheet signed by NDLEA prosecutor Mr L.N Nor, alleged that the minor committed the offence on Oct. 3, at Ikorodu a Lagos suburb.

He alleged that the minor conspired and trafficked 3kg of Cannabis without lawful authority,

According to prosecution, cannabis is a narcotic that is similar to cocaine, heroin and other psychotropic substances, all listed in the NDLEA schedule as prohibited.

The Act specifies a penalty of life imprisonment if convicted of the offence.

No date has been fixed for arraignment of the minor.