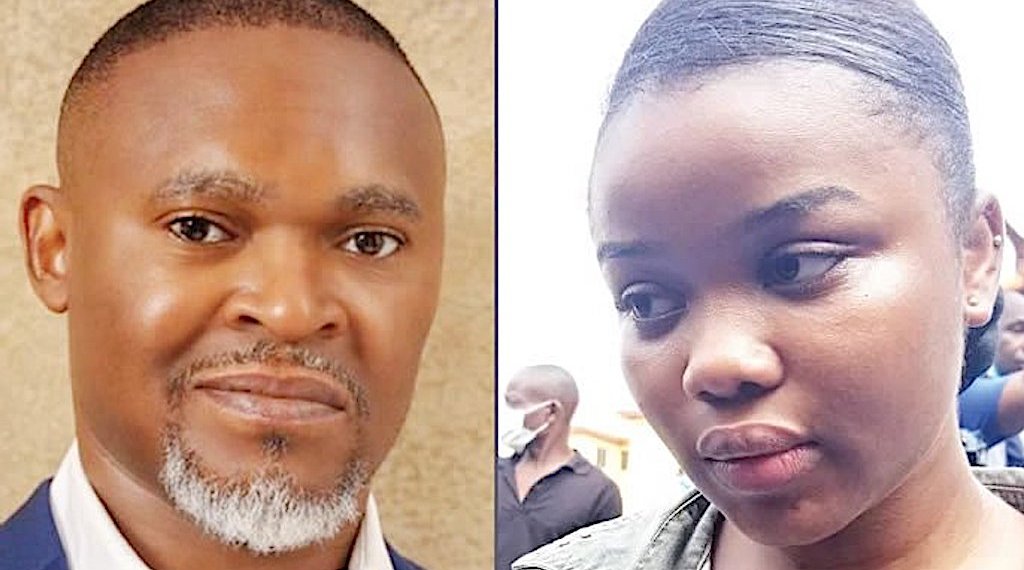 The ninth prosecution witness in the trial, DSP Olusegun Bamidele, made this known while testifying in the trial of Ojukwu, a third year student of Mass Communication, University of Lagos..

Mr Abubakar Muhammed, a security guard at a short-let service apartment, where Ataga was allegedly murdered, had on Nov., 16, 2021, told the court that Ojukwu left the apartment on the night of June 15, 2021, and never returned.

He also told the court that Ataga’s dead body was recovered in the apartment June 16, 2021.

Ojukwu is standing trial before Justice Yetunde Adesanya for the murder of Ataga.

She is also charged with stealing and forgery alongside her sister, Chioma Egbuchu, and one Adedapo Quadri.

Bamidele was led in evidence on Thursday by the Deputy Director of Public Prosecutions (DDPP), Mrs Adenike Oluwafemi..

Oluwafemi asked Bamidele to tell the court what he knew about Exhibit P11, which is the Access Bank statement of Ataga.

The witness said that during investigation into the alleged murder, the police wrote to Access Bank Plc., asking for statement of the deceased’s account.

Bamidele said that the bank obliged.

He said that mobile phones of the deceased was in Ojukwu’s possession and she had been in control of the account.

Bamidele said that, on June 15, 2021, Ojukwu, the first defendant, used the deceased’s phone to transfer five million Naira from his account to another bank.

The witness also told the court that the police wrote to GTBank to get Ataga’s statement of account.

He said that the payment was to Nkechi Mogbo, the owner of the apartment.

“There was a N5,000 transaction that was made on June 14 and paid to Adiba online choppy,” he said.

When prosecution sought that written statements of the defendant should be admitted in evidence, Ojukwu’s counsel, Mr Onwuka Egwu, objected to the admissibility.

He said that Ojukwu did not make the statements voluntarily.

He said that the statements were obtained by oppression, inducement, intimidation and under duress.

The counsel urged the court to test the veracity of the voluntariness of the statements.

The second defendant’s counsel, Mr Babatunde Busari, did not object to the admissibility.

Egbuchu’s counsel, Miss M. A. Abia-Bassey also did not object.

Thus, the prosecution counsel prayed the court to conduct trial within trial on that.

The judge adjourned the case to Nov. 8, for trial within trial.

Ojukwu was arraigned alongside Quadri and Egbuchu on Oct. 12, 2021, on a nine-count charge preferred against them by Lagos State Government.

Egbuchu is facing the ninth count of receiving a stolen iPhone 7 belonging to the late Ataga.

Ojukwu and Quadri were alleged to have conspired and murdered Ataga on June 15, 2021, by stabbing him several times with a knife on the neck and chest.