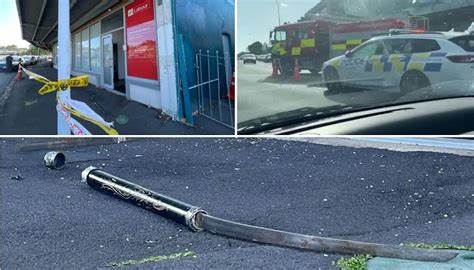 A woman has been arrested after the office of New Zealand Prime Minister Jacinda Ardern was attacked with a sword on Thursday.

Police said a 57-year-old was arrested in connection with the incident at Ardern’s Auckland office.

“The woman is currently assisting police with our inquiries into the matter and we are not currently seeking (sic) anyone else,” a police spokesperson said.

The office was left with a shattered window, and local media reported a smoke bomb was also thrown into the building.

No injuries were reported, and the office was unoccupied at the time of the attack, police said.

Ardern is currently in Antarctica to mark 65 years of Scott Base – New Zealand’s Antarctic home – and the first full season of Antarctic research and environmental protection after two years of Coronavirus disruption.