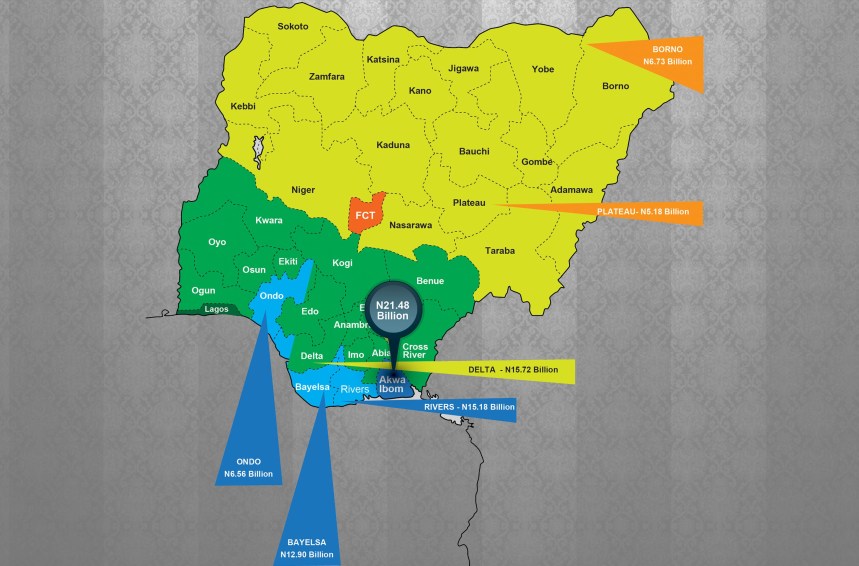 The Federation Account Allocation Committee (FAAC), has shared N760.235 billion to the three tiers of government as federation allocation for September.

This is contained in a statement issued by Mr Phil Abiamuwe-Mowete, the Director (Information/Press) on Thursday.

However, a sum of N60 billion savings were from non-oil revenue and Electronic Money Transfer Levy (EMTL).

The communiqué issued indicated that the Gross Revenue available from the Value Added Tax (VAT) for Sept. was N189.928 billion, which was a decrease distributed in the preceding month.

“The distribution is as follows; the Federal Government got N28.489 billion, the states received N94.964 billion, Local Government Councils got N66.475 billion.

Accordingly, the Gross Statutory Revenue of N502.135 billion distributed was higher than the sum received in the previous month, from which the Federal Government was allocated the sum of N232.921 billion.

It said the sum of N60 billion savings was from non-oil revenue.

It was further disclosed that total revenue distributable for September was drawn from Statutory Revenue of N502.135 billion and VAT of N189.928 billion.

It was also drawn from EMTL of N8.172 billion and Non-Oil Excess Revenue of N60 billion savings, which was converted to distributable revenue.

This brought the total distributable for the month to N760.235 billion.

Chinese Yuan weakens to 7.1698 against dollar