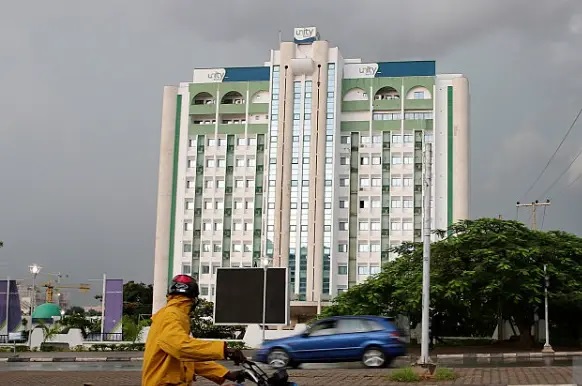 The company stated this in its third quarter result released on Friday in Lagos.

The profit represented a 17 per cent growth in gross earnings to N42.2 billion for the same period, as against N36.2 billion in the corresponding period of 2021.

The company said that the increase could be attributed to new products that were focused on deep penetration and driving volume in the retail market space.

Also, a review of Agric-focused lender’s unaudited results released to Nigerian Exchange Ltd., (NGX), showed the bank’s profit before tax rose by five per cent to close at N2.206 billion.

The bank also recorded an equal marginal growth in its profit after tax, which increased to N2.03 billion, representing a five per cent rise from N1.9 billion recorded in the same period of 2021.

Similarly, total loans and advances grew to N284.2 billion, representing a six per cent spurt from the N269.3 billion recorded in the corresponding period of 2021.

Other key highlights of the nine-month financials included customer deposits of N334.7 billion which represented a four per cent increase from N322.3 billion in the corresponding period.

The position underscored the increasing uptake of the market for the Bank’s products innovation, and mass-market-oriented retail focus that continued to boil wide acceptance across various segments of the mass market.

The lender’s performance came on the heels of a fragile recovery from the global pandemic buffeted by economic headwinds including rising inflationary trends, interest rate hikes, foreign exchange volatilities, etc. which have impacted severely on the overall economic outlook in the country and the rest of the world.

The lender also substantially grew its interest income to N36.3 billion from N31.4 billion in the same period in 2021, creating a 15 per cent uptick from the value of the Bank’s loan asset portfolio.

The bank’s increased investment in digital banking platform empowered its retail potential to deliver an impressive 17 per cent growth in fees and commissions to N5.3 billion from N4.6 billion recorded in the corresponding period in Year 2021.

She noted that the growth trajectory recorded in the bank’s revenue by 17 per cent, profit by five per cent and deposit by four per cent among others, was a testament to the positive sentiment in the market.

She said, “This is especially at a time the market is experiencing a downturn with high inflationary trend and volatility which has impacted negatively on the operating environment.

“As we take further bold and audacious steps to round up the year on a stronger note, the bank will create more initiatives even in the very short term to broaden its retail focus, ride on novel technology and digital Banking to push aggressively on product marketing.

“Also, in addition to major activations in identified market segments to attract sustainable streams of income for the bank.

“The outlook for our financial position for the current year is bright as the bank is increasingly innovating with products and collaborative strategies to diversify our portfolio businesses, while taking advantage of robust technological resources to take on mass market and the unbanked sector,” she said.

She added that this would boost income and liability generation and financial inclusion of the banking ecosystem.