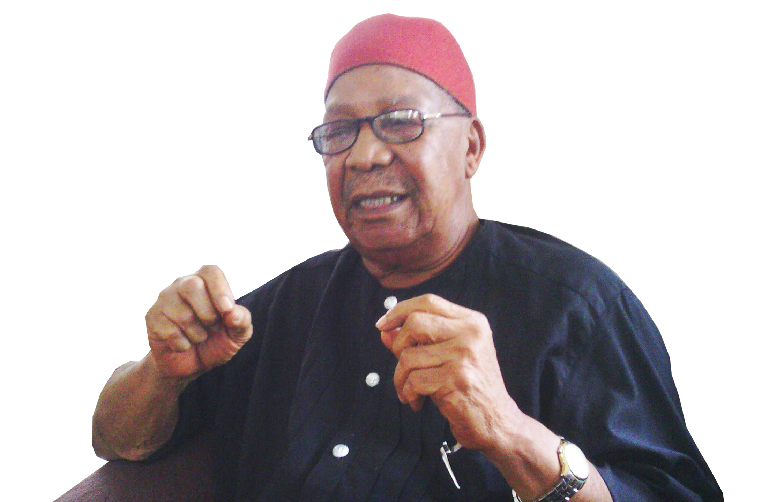 Prof. Kingsley Moghalu, a former Deputy Governor of the Central Bank of Nigeria (CBN) says the demise of Chief Mbazulike Amaechi, Nigeria’s first minister of aviation is painful and saddening.

Moghalu, a Nigerian Political Economist in a statement in Lagos on Wednesday, said that the late politician in Nigeria’s First Republic, who died on Tuesday at 93, was a frontline nationalist.

According to him, late Amaech remains the last titan of the Nigerian Independence struggle.

He said that Amaechi’s death was the end of an era.

The ex-CBN boss recalled that former president Nnamdi Azikiwe described Amaechi as ‘the Boy is Good’ after he foiled an assassination attempt on the Great Zik earlier in the latter’s political career.

“Amaechi was a frontline nationalist who hosted Nelson Mandela in his home in Lagos state in the 1960s when Mandela was on exile as a political dissident in South Africa.

“I was privileged to have visited Amaechi in his country home in Ukpor, Nnewi South Local Government Area of Anambra in April 2019.

“I was privileged to have soaked in these and other stories of our national history including an intimate first hand account as a member of a group of five close associates who, along with the Great Zik, received Chief Obafemi Awolowo’s delegation to Zik to persuade the latter to form a coalition of Zik’s National Council of Nigeria and the Cameroons (NCNC) political party and Awo’s Action Group (AG) party to form the national Government after the 1959 elections.

“I was privileged to know why Zik ultimately instead, entered a coalition with the Northern People’s Congress (NPC) to form Nigeria’s post-independence government with Tafawa Balewa of NPC as Prime Minister and Head of Government and Zik as President and Head of State.

“In Mbazulike Amaechi, the last of the titans of Nigeria’s nationalist struggle for independence has departed. May his brave soul rest in peace,” Moghalu said.

It was reported that Amaechi’s death occurred about one year after he lost his wife, Chinelo Amaechi.

Chinelo died at the age of 91 years.