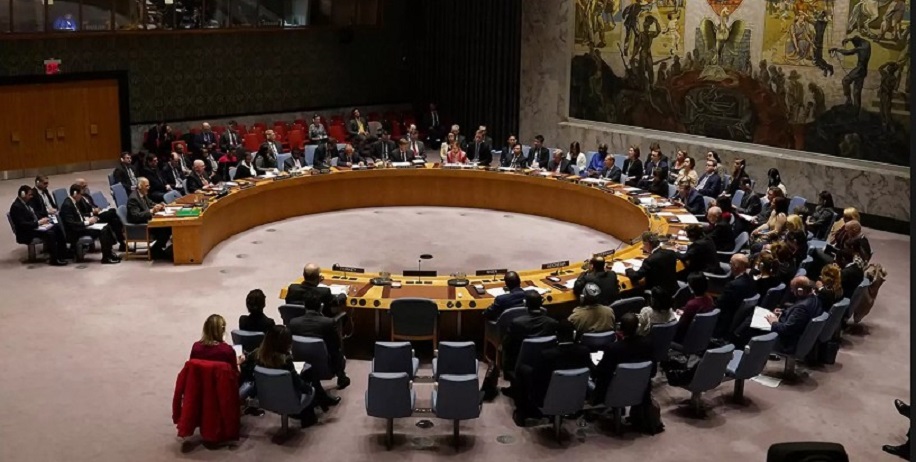 Ghana on Tuesday assumed the Presidency of the United Nations (UN) Security Council for November as debates on violent extremism and terrorism in Africa top its agenda.

Amb. Harold Agyeman, Permanent Representative of Ghana to the United Nations in New York, said this while briefing correspondents at the UN headquarters on the programme of work and Ghana’s priorities during the month.

The Security Council, which is composed of 15 Member States, is the organ of the UN authorized by the Charter with primary responsibility for the maintenance of international peace and security.

Ghana shall preside over the meetings of the Council (adoptions, debates, and consultations) and, under its authority, shall represent the Security Council in its capacity as an organ of the United Nations within this month.

Agyeman said the two major challenges in Africa are violent extremism and terrorism, noting that most of the programmes will focus on the debates on addressing the challenges.

He said the debates would focus on addressing those challenges in line with its priority for leadership of the Security Council, which is enhancing global peace and security for sustainable and inclusive development.

“We will organise two debates on peace and security in Africa. First, we will have a debate on Thursday on “Peace building and Sustaining Peace: Integrating effective resilience for sustainable peace”.

Amb. Harold Agyeman, Permanent Representative of Ghana to the United Nations in New York briefing correspondents on Tuesday at UN headquarters on the programme of work and Ghana’s priorities for November.

“On Nov. 10, we will have another debate on ‘Threats to International Peace and Security: Counter-terrorism in Africa: An imperative for Peace and Development’,’’ he said.

The envoy said the event would be convened under the agenda on Sustainable Peace and it would be chaired by the Minister for Foreign Affairs and Regional Integration of the Republic of Ghana, Madam Shirley Botchwey.

“The second event will also take place under the agenda on International Peace and Security, and it will be chaired by the President of the Republic of Ghana, Nana Addo Akufo-Addo.

“This debate would seek to focus attention on how counterterrorism measures in Africa can best be supported by the work of the Security Council and how the council itself can support such a force,’’ he said.

The General Assembly of the UN, in June 2021, elected Ghana to serve a two-year term on the Security Council from January 2022 to December 2023.

The agenda of Ghana is to enhance global peace and security for sustainable and inclusive development, particularly in Africa.