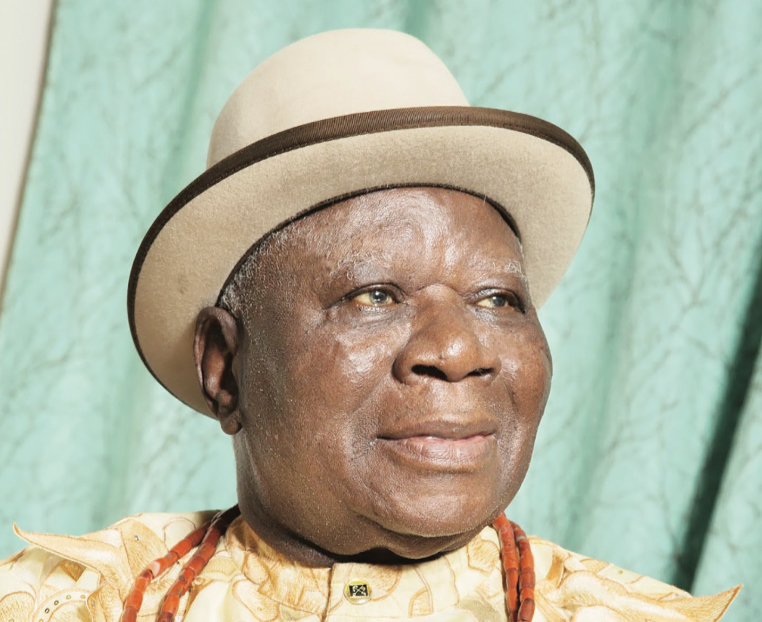 Elder statesman Edwin Clark has expressed concern over reports of increasing number of Nigerians, particularly youths relocating to other countries.

He told our reporter in Abuja that there was nothing wrong with people travelling or relocating to other countries.

According to him, the recent trend where increasing number of Nigeria’s active population, the youth are emigrating is worrisome.

He said the development was leading to increased brain drain, describing it as “very bad”.

Clark urged government to continue to put necessary measures in place to create a conducive environment to encourage youths to work in Nigeria and contribute to its growth.

The elder statesman expressed concern over the high exchange rate, which he said had led to the rising cost of goods and services.

He said Nigerians were finding it difficult to afford basic amenities.

On redesigning of the Naira, Clark urged Governor of the Central Bank of Nigeria (CBN), Godwin Emefiele to put short term plans in place to mitigate any negative effect.

He said the rise in exchange rate was one of the likely effects of the Naira, adding that there were reports that the exchange rate had hit a record high partly due to the announcement.

“On the redesigning of the Naira, I am not a financial expert to say whether the decision was right or wrong, but reports have it that the exchange rate further increased the moment the announcement was made.

“The advice I will give on this is that the CBN governor and other relevant stakeholders should come up with a short-term measure that will mitigate the effect of this development.

“Something urgent has to be done to prevent the Naira from falling beyond what it is today.

“As we speak today, the rising cost of food is worrisome and something has to be done to stabilise the situation,” he said.

On security, the elder statesman urged government to do more to secure the lives and property of Nigerians.