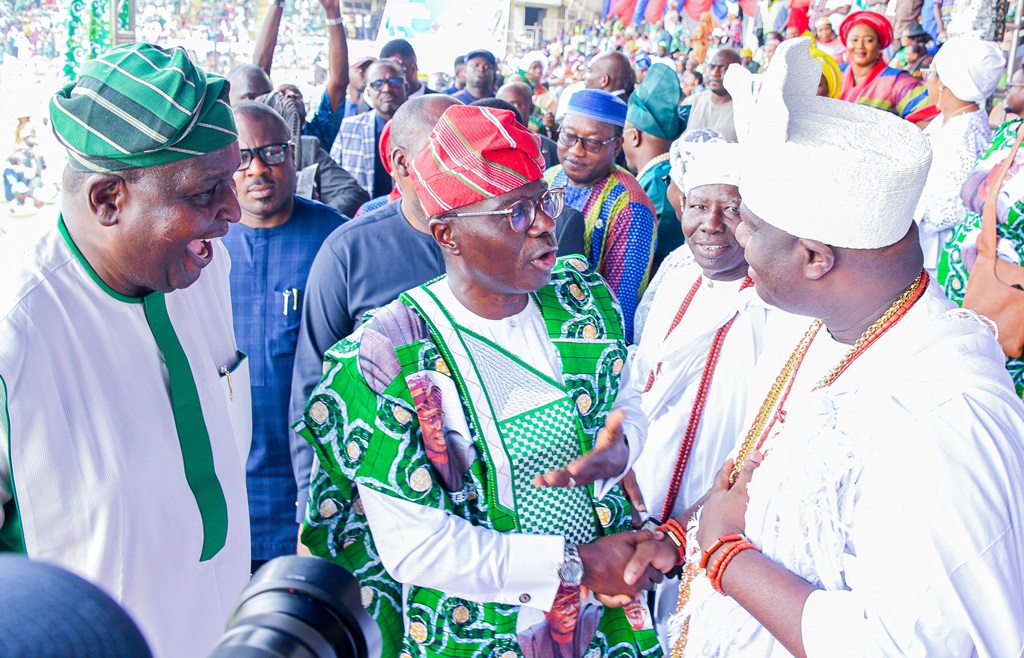 Gov. Babajide Sanwo-Olu of Lagos State has urged Nigerians to elect leaders who would take advantage of the country’s rich, multi-cultural heritage and language to unify them.

Sanwo-Olu gave the advice on Wednesday at the opening ceremony of the 35th Edition of the National Festival of Arts and Culture (NAFEST), held at the Mobolaji Johnson Arena, Onikan.

He said that rather than seeing the differences in language and culture as a dividing factor, Nigerians should see it as one of the greatest resources to be embraced, celebrated and used for collective advantage.

“As we all know, this is the campaign season as our nation’s general elections has been scheduled to hold within the first quarter of 2023.

“As political office holders continue to engage the electorate at this period, it is important to re-echo the message of unity and peaceful co-existence which NAFEST platform provides.

“As we celebrate the Nigerian heritage and cultural diversity here today, my clarion call is that we take this as an opportunity to elect leaders who will recognise and take advantage of our rich, multi-cultural heritage and language to unify us as a people and as a nation,” Sanwo-Olu said.

According to him, it is the intention of the founding fathers of the country that Nigerians shall remain united.

He described the 35th Edition of the NAFEST, with the theme: ‘Culture and Peaceful Co-existence’, as a festival that aimed to unite and showcase the rich and diverse culture of Nigeria.

“I am happy that what we are celebrating here today, is our unity in diversity, our rich heritage and our cultural heterogeneity.

“The Festival for Arts and Culture is a seven -day national event in which all 36 states of the federation including the FCT participate to showcase their rich arts and culture in various competitions.

“The various competitions include Ayo, Archery, Traditional Cuisine, Essay writing and so much more. This makes the event in its entirety a cultural marvel to embrace.

“Right after the Nigerian Civil War, culture and sports were identified as major unifying factors for a country healing from the throes of war.

“This decision birthed the establishment of the National Arts for Festival (which later became the National Festival for Arts and Culture) and the National Sports Festival,” Sanwo-Olu said.

He said the Lagos state government hosted the first edition of NAFEST in 1970 and subsequently in 1988.

The governor said the present administration, as part of efforts to achieve the “Entertainment and Tourism” pillar of the THEMES Agenda was deliberate about promoting every aspect of tourism, arts and culture.

According to him, Lagos state is therefore, delighted to have won the hosting rights of NAFEST 2022, which was keenly contested by three other states.

He said the acceptance of the hosting rights was in demonstration of love for cultural advancement and to exemplify the true spirit of Lagos and its accommodating nature for visitors.

Sanwo-Olu said that his administration had made it a practice to support, partner and collaborate in activities that would further strengthen cultural heritage and promote unity in diversity.