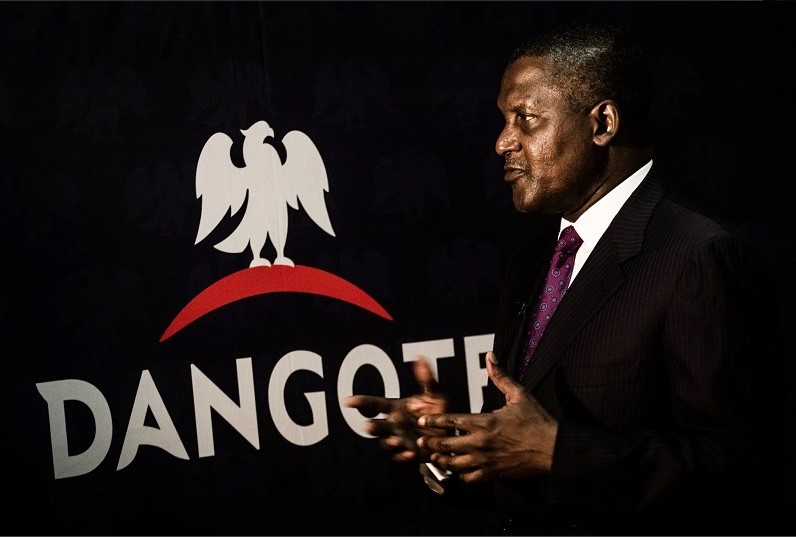 Hajiya Halima Aliko-Dangote, Executive Director, Commercial Operations, Dangote Group, on Wednesday restated the company’s commitment to creating value for all stakeholders across its subsidiaries via its focused investment decisions.

It was reported that the LITF organised by the Lagos Chamber of Commerce and Industry (LCCI) is with a theme: “Connecting Businesses, Creating Value.”

She said the company had invested in several projects meant to create jobs and enhance the rapid industrialisation of the Nigerian economy.

“The activities of the cement company through its multiplier effect, provides direct and indirect employment to millions of people across Africa,” Aliko-Dangote said.

“Dangote Sugar Refinery, through its out-grower scheme has provided jobs to thousands of farmers in the host communities.

“The Dangote Fertiliser has helped to change the face of agriculture in Nigeria, while the Dangote Petroleum Refinery, when functional will drive the development of ancillary industries which will utilise the byproducts as raw materials,” she said.

The ED said the president, Dangote Industries Ltd., Alhaji Aliko Dangote, was passionate about deepening the Nigerian economy through industrialisation, job creation, provision and rehabilitation of essential infrastructure and Nigerians.

Aliko-Dangote noted that the company’s participation at all major trade fairs across Nigeria demonstrated its belief that chambers of commerce and industry occupied a unique position in driving economic development through their activities.

She added that the LCCI occupied a unique position as the pioneer chamber that continued to play a significant role in the economic growth of Lagos in particular and Nigeria in general.

“Participating in Lagos Trade Fair 2022 will enable us to connect businesses and in the process create values for all parties.

“Our expectation, therefore, is that through this trade fair, we will be able to further expand awareness for our innovative products, generate sales, get prospective buyers and improve the image of our brands.

“And open up new markets that will further translate into job creation and overall economic development in Nigeria,” she said.

Dr Michael Olawale-Cole, president, LCCI, noted that products and services of Dangote group had touched the lives of millions of people across the African continent and beyond.

He said the conglomerate had created millions of jobs across Africa and contributed immensely to many African countries’ Gross Domestic Product.

He said the soon-to-be-inaugurated Dangote Refinery was estimated to be the most industrialised project in the recent history.

According to him, the refinery is expected to provide solution to the perennial problem of petroleum importation and contribute significantly to the country’s output.

“We are proud to be associated with the Dangote group in all its endeavours to cater for the needs of Nigerians.

“The LCCI-Dangote partnership is strategic and expected to showcase the group’s products, such as cement, sugar, salt, seasoning, noodles, packaging, energy, port operations, fertiliser and petrochemicals,” he said.

NAN also reports that Dangote Group unveiled retail packs of its sugar products at the event.

MSMEs: Over 440,000 jobs created in Nigeria through our intervention – AfDB