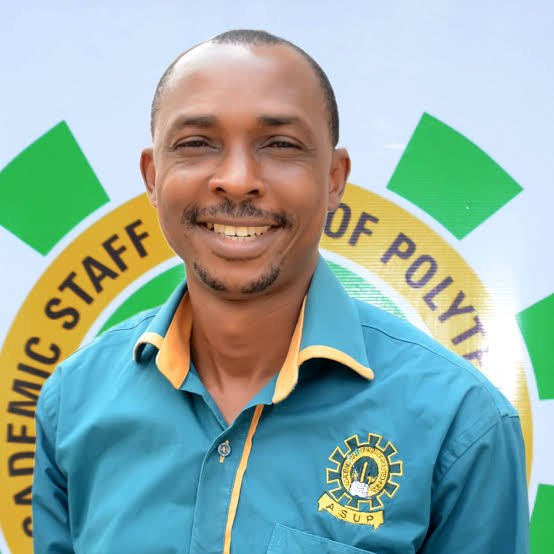 Mr Anderson Ezeibe, the National Preesident of the Academic Staff Union of Polytechnics (ASUP), has urged the Federal Government to empower polytechnics to award their bachelors of technology to end the BSc and Higher National Diploma (HND) dichotomy.

Ezeibe made the call in Kaduna at an award presentation and farewell ceremony organised by ASUP, Makarfi Chapter to mark transition of Shehu Idris Collage of Health Sciences and Technology, Makarfi (SICHSTM) into Kaduna State University (KASU).

It was reported that SICHSTM was merged with KASU to be awarding degrees by Gov. Nasir El-Rufa’i.

He said the measure, if adopted, would also ensure full utilisation of huge number of technical equipment in workshops, laboratories and other facilities in public polytechnics that remained underutilised due to lean students population.

The president said that with the transition, SICHST, was no longer a member of ASUP, but of the Academic Staff Union of Universities (ASUU).

“ASUP is currently on advocacy on the award of bachelors of techology by Nigerian polytechnics system.

“HND is no longer as attractive as it used to be to Nigerian youths because of the age-long dichotomy.

“Policy makers have made it a rule that once an individual have an HND, he cannot attain the peak of his/her career, then why are they continueing to force it on people, why don’t they phase it out and replace it bachelors of technology,” he said.

According to him the Nigerian polytechnic system have all it takes in terms of infrastructure and human capital to award Bachelors, Masters and Doctorate Degrees in the areas of techology.

“In Europe, Germany, UK, America and all parts of the world, polytechnics are not limited to middle level manpower.

“In the new polytechnic act, they are empowered to produce higher level manpower without limit, as we speak, many polytechnics are producing degree holders but in affiliation

“They are doing it with their own infrastructure and staff, why can’t they do it in name of another their institution.

“We are on serious advocacy regarding this, and we have recently submitted a position paper to the federal government on the need to transit from the award of HND to bachelors, Masters and Doctorate degrees in technology with the Nigeria polytechnic system,” he said.

According to him, it will be the surest way of barricading the dichotomy between HND and Bachelors Degrees.

“The bill to stop the dichotomy has passed through all the stages of legislation but not accented by the President and the period has passed, which means their is no political will.

“So, if they are not ready to improve HND, they should phase it out and replace it with degrees in techology so as for us to continue to dwell in our own area of competence which is technical education.

”ASUP is faced with many challenges and success stories among which were their ability to change the model of engagement with proprietors of public polytechnics and collages of technology in the country.

“We also engage in alot of advocacy which resulted to us attracting positivities to the Nigerian polytechnics system.

“Recently, six new centres of excellence have been established in the Nigerian polytechnics system, one in each geo-political zone, they are the first of their kind.

“Currently, we are renegotiating our agreement with the government on new wage structure for our members, and many other developments we are trying to bring to Nigeria polytechnics system,” he said.

He said they were engaging their challenges in productive manner without disrupting academic activities in their campuses.

Earlier, Mr Dauda Rilwan, Chairman of the event’s organising committee, said the occasion was very important to the institution as it was deemed fit by the Kaduna State Government to merge it with KASU for awarding of degrees and post graduate qualifications.

He said that the award presentation was timely especially honoring those who had worked tirelessly in making the institution moved to a higher level.

One of the awardees, the Executive Secretary of Kaduna State Pilgrims Welfare Agency, Dr Yusuf Arrigasiyu, thanked ASUP SICHSTM Chapter for the awarde

Arrigasiyu, also a former Provost of the SICHSTM, said if one could be called and awarded after leaving a place he/she served, showed that that person has done something remarkable worthy of recognition.

“This is a place I headed over three years ago, they calling to honor me will serve a morale booster and make me fo better in my current organisation as the Executive Secretary of the Kaduna State Pilgrims Welfare Agency so that future and posterity will tell better about me,” he said.

He called on people to maximumly utilise any opportunity they came across in ensuring leaving positive footprints.

“When I came three years ago as the Provost, there was a lot of chaos but I persivered and ensure puting in my expertise to ensure that college was brought back to its required vision and mission.

“Once you have an opportunity, utilise it for the good, because time will tell if you have used the opportunity effectively or succeeded in wasting the time,”Arrigasiyu said.

It was reported that some of the awardees included Sen. Ahmad Makarfi, Dr Shehu Muhammad, former Comissioner Kaduna State Ministry of Education, Ezeibe, among others.

It was reoirted that a bill seeking a perpetual end to the dichotomy between the university degrees of Bachelor’s of Arts/Science, BA/BSc and the Higher National Diplomas, HNDs awarded by polytechnics was passed.

The Nigerian Senate also passed the bill to abolish the discrimination between holders of Higher National Diploma (HND) and Bachelor of science (BSc) from tertiary institutions.

Senate president Ahmad Lawan said the passage of the bill will serve as a motivation to HND holders from polytechnics.

The bill is titled: “A Bill for an Act to Abolish and Prohibit Dichotomy and Discrimination between First Degree and Higher National Diploma in the Same Profession/Field for the Purpose of Employment; and for Related Matters”.

Detailing the equality of Degrees and HNDs, the bill stipulates that “Notwithstanding any provision in any legislation, circular, regulation or policy guideline, First Degree and Higher National Diploma shall be deemed construed and treated as equivalent qualification for the purpose of employment and career progression at workplace in the public and private sectors of the Nigerian economy.

“Any provision in-laws, enactments, instruments, circulars, scheme of service, directives, or policies by whatever name called, which is inconsistent with the provisions of this bill, shall to the extent of the inconsistency be null and void, and of no effect.

“Holders of the First Degree and the Higher National Diploma (HND) shall be given equal treatment and opportunity in career placements, career progression, admission to further studies and privileges whatsoever in consideration of status as graduates of Nigeria tertiary institutions of higher learning.”

The bill also prohibited discrimination between the Degree and HND.

“All forms of discriminations and or dichotomy between First Degree and Higher National Diplomas for the purpose of employment, transfer of service, conversion of cadre, career progression, promotion, and other related issues in the public and private sectors of the Nigerian economy is hereby abolished.