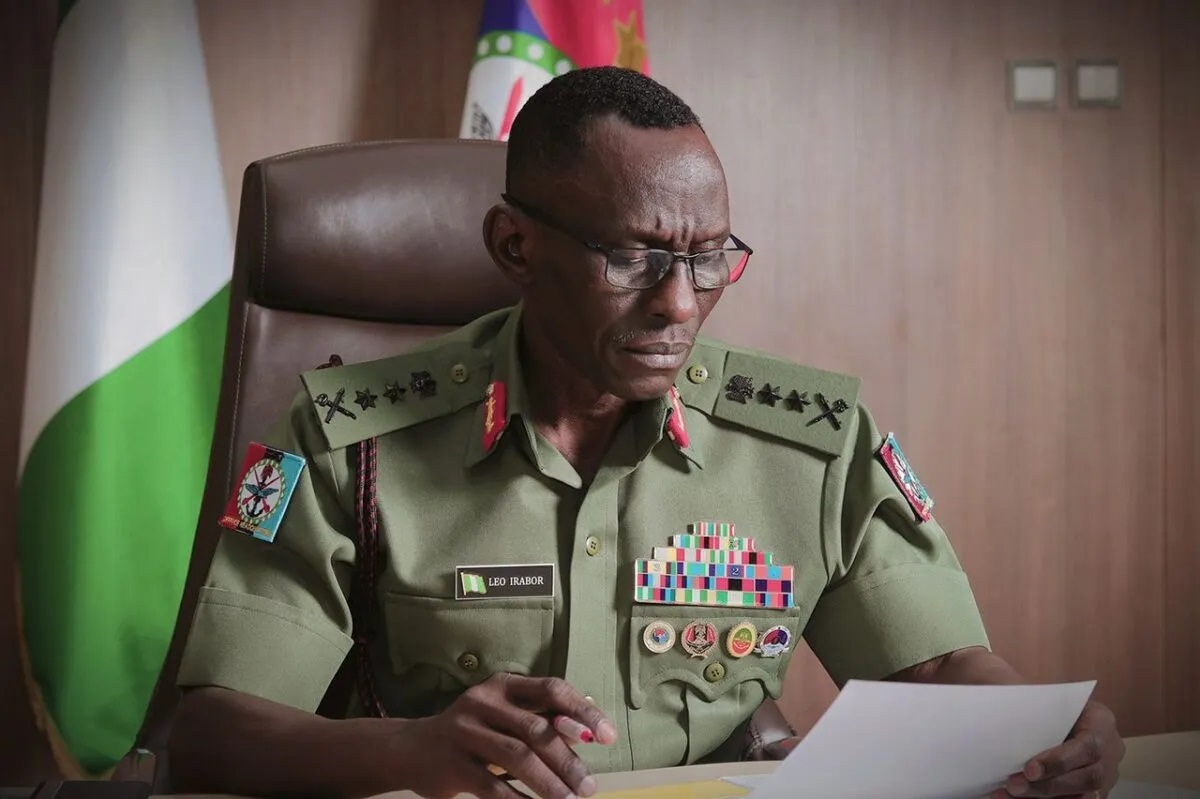 The Chief of Defence Staff (CDS), Gen. Lucky Irabor, says the Armed Forces of Nigeria will sustain alertness and aggressive posture in all ongoing operations across the country.

Irabor gave the assurance at the closing of the Defence Advisers and Attachés’ Conference 2022 organised by the Defence Intelligence Agency (DIA) on Friday in Abuja.

It was reported that the conference, which commenced on Monday, had the theme, “Sustaining Nigeria’s Defence and Security: Role of the Defence Attaché System”.

He also reiterated the commitment of the military to working with other security agencies and constituted authorities to ensure security of lives and properties of all citizens.

Irabor pledged to support the civil authorities in ensuring safe and secure environment for the conduct of the 2023 general elections.

He urged officers and men of the armed forces to bear in mind that democracy is essential for Nigeria ,if the nation must aspire for development and greater progress.

According to him, this, when translated into the security environment, entails that their loyalty to constituted authorities must be unalloyed.

“Therefore, I urge you to respect the rule of law and remain loyal to constituted authorities and shun partisan politics and acts that are prejudicial to the interest of the nation.

“As I speak to you, I will also like to use this opportunity to extend this directive to the rest of the armed forces,that we must remain loyal to constituted authorities and to the Constitution of the Federal Republic of Nigeria .

He assured that the armed forces would play its part as demanded, not just as provided by the constitution but equally as INEC might want them to give support in that regard.

“I have always emphasised that we remain ready to give support to the police that is indeed the lead agency in security provision and so we are poised to give greater support and to continue to play our part in that regard.

“For the operations across the various theatres, we will also maintain alertness and the aggressive posture which we have continued to display in order to ensure that the lives of citizens and of course, properties of all Nigerians are protected,” he said.

The CDS also urged the defence attachés to use their positions in the various countries of assignment to correct the wrong security narratives being given by the foreign embassies in Nigeria.

He said the conference had engendered deliberations and produced very useful resolutions, as well as review of the defence sector’s operational activities during the present year,with a view to projecting for 2023.

The CDS also expressed confidence that the attachés were better poised to contribute more effectively to the efficient performance of their different sections across the world.

Irabor assured them that the government would do all within available resources to ameliorate challenges that were facing the defence sections, to enable them to perform their assigned responsibilities and tasks with minimum hindrance.

He, however, urged them to ensure the prudent and judicious utilisation of resources allocated to them towards the attainment of set goals and objectives.

Earlier, the Chief of Defence Intelligence (CDI), Maj.-Gen. Samuel Adebayo, said the critical resolutions reached and captured in the conference communiqué would be forwarded to the appropriate quarters for implementation towards enhancing national security.

Adebayo said the outcome of the conference attested to the relevance of the Defence Advisers/Attachés system in advancing Nigeria’s national security and defence objectives.

He promised that the agency would continue to leverage the defence attaché system in support of on-going engagements of the armed forces, especially in contemporary security context.

According to him, the conference highlighted the need for synergy and collaboration among the intelligence and security agencies as well as Ministries, Departments and Agencies, to ensure that no effort would be spared in dealing with the threats to Nigeria’s corporate existence as a nation.

“It is, therefore,my belief that this year’s conference will go down as a milestone achievement in our efforts to refocus ourselves on the challenges of re-engineering the Defence Attaché system in furtherance of our national security interests through effective collaboration.

“Against this backdrop, I believe you all have learnt new and better ways to carry out your assigned tasks in enhancing our national security.

“Without sounding trite, it would be necessary for me to emphasise that you should endeavour to use your vantage positions to make valuable contributions to the Federal Government’s efforts to secure our dear nation.

“This would go a long way to justify the huge investment of the Federal Government in the operations of the Defence Sections,” he added.

The CDI thanked all stakeholders for their support to the successful conduct of the conference.

He also thanked President Mohammadu Buhari, the Ministry of Defence, Office the National Security Adviser and Defence and Services Headquarters for their assistance.