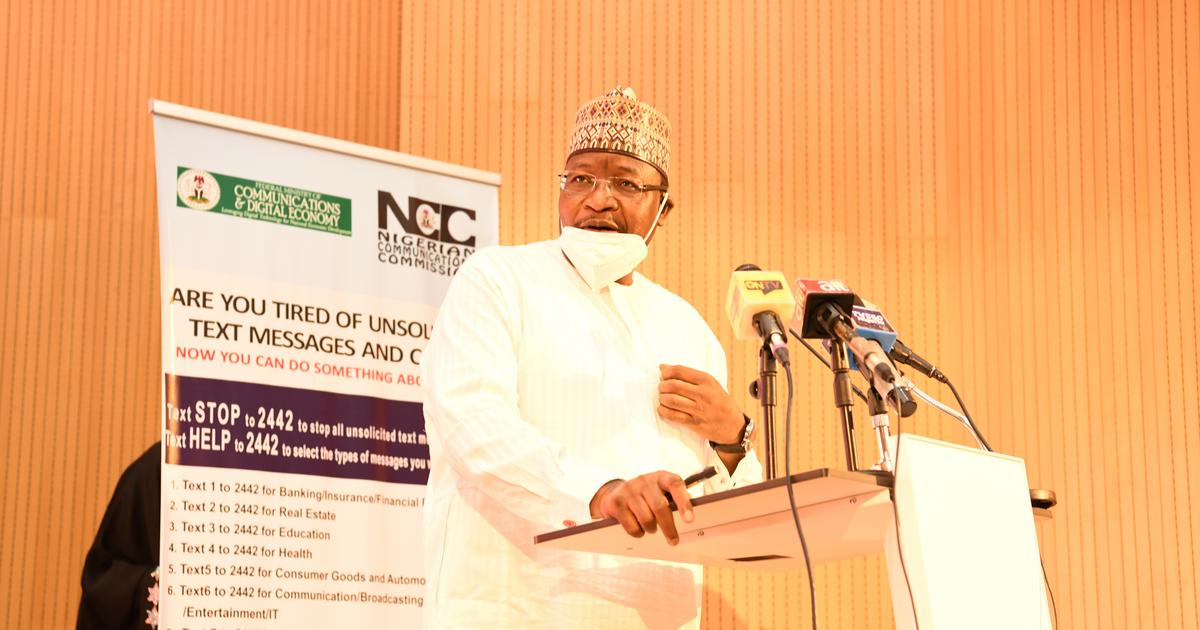 The Nigerian Communications Commision (NCC) on Tuesday organised a stakeholders’ forum on the second and final phase of Fifth Generation (5G) spectrum auction in the country.

The engagement afforded industry stakeholders the opportunity to discuss the draft Information Memorandum (IM) for the auction of the two remaining lots of the 3.5 gigahertz (GHz) spectrum band.

Speaking at the forum, Prof.Umar Danbatta, Executive Vice Chairman (EVC) of the NCC, said the communication sector had witnessed a major increase in competition, driven by the government’s liberalisation policies.

He said robust implementation of initiatives and policies over the years, had also stimulated the growth and development of the sector.

“From the latest statistics, Nigeria has an estimated population of 214 million, with an average growth rate of 2.6 per cent annually.

“Arising from the significant increase in broadband penetration in Nigeria, it has become vital for us to move to the next phase of global development of the sector, given the opportunities that abound for all stakeholders in the industry and the economy at large,” Danbatta said.

He said NCC further intends to deepen broadband penetration in line with the Strategic Vision (Implementation) Plan 2021-2025, which among other things, seeks to promote fair competition, inclusive growth, increased investment and innovative services.

The NCC Vice-Chairman said the commission was encouraging fair competition in the rollout of 5G services in Nigeria by auctioning the available lots in the 3.5GHz Spectrum band.

He said the commission invited stakeholders to elicit comments on the draft Information Memorandum (IM) for the upcoming auction.

“The decision to host the stakeholder engagement is in keeping with the provisions of the Nigerian Communications Act (NCA) 2003 and NCC’s distinctive tradition of robust stakeholder consultation on all telecom regulation-related issues”,he said.

Danbatta assured that the commission would continue to develop policies and guidelines in conjunction with stakeholders for better service delivery.

Recall that in June, the commission inaugurated a committee to develop the IM for the auction of 3.5 GHz spectrum band, utilised for early deployment of 5G technology services in the country.

It was reported that the Information Memorandum (IM) is a comprehensive document, that defines the process emplaced by the commission for the auctioning of the 3.5GHz spectrum band.

It also provides information on the Nigerian telecommunications market, details of the spectrum to be made available, the pre-qualification process, the auction process as well as the indicative timetable.

While the potential bidders were not disclosed, the final payment deadline set for the last two winners of the spectrum auction is expected to elapse on Jan. 20, 2023.

In February, NCC confirmed that MTN Nigeria and Mafab Communications Limited paid the sum $273.6 million each for the Fifth Generation spectrum licence.

In 2021, the first round of the auction of the 3.5Ghz spectrum ended with the three bidders, MTN Communications Plc, Airtel and MAFAB Communications, taking the current price of the spectrum from the reserved $197.4 million to $199, 374 million.

Chinese Yuan strengthens to 7.0363 against dollar