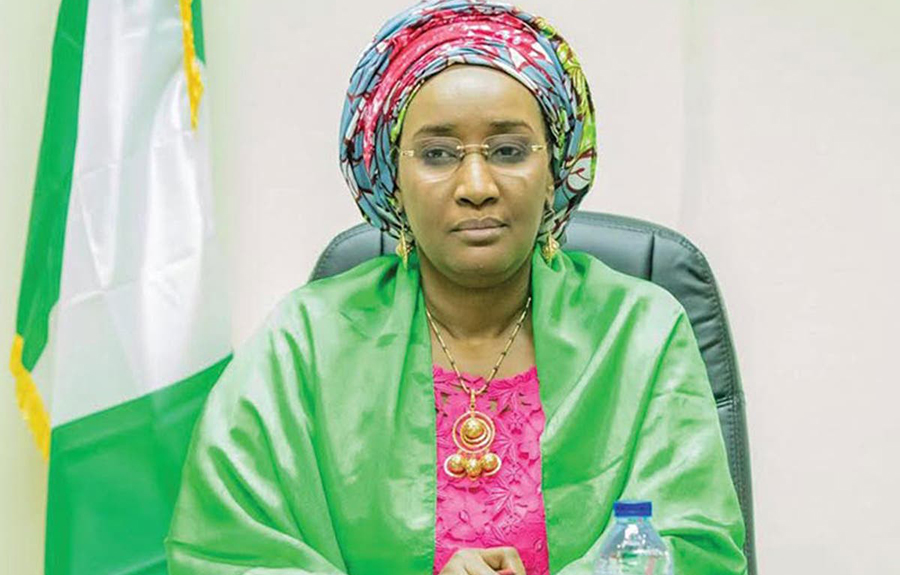 Hajiya Sadiya Farouq, Minister of Humanitarian Affairs, Disaster Management and Social Development, says 4,657 will benefit from the interest-free loans under the Government Enterprise and Empowerment Programme (GEEP 0.2) in Delta.

Farouq said this on Wednesday in Asaba at the launching of the disbursement of the Grant for Vulnerable Groups programme (GVG) and to roll-out of GEEP for the beneficiaries.

According to her, under the first phase of GEEP 2.0, a total of 33,838 potential beneficiaries were registered across the 25 Local Government Areas (LGAs) in Delta.

“The total number of 4,657 beneficiaries were finally selected to receive disbursement.

“The selected beneficiaries have undergone enumeration and today we have come to roll-out the programme in the state.

“When successful, beneficiaries of the GEEP programme will start receiving credit alert from Access Bank from today by God’s grace,” she said.

The minister explained that GEEP is a programme designed for vulnerable and low-income Nigerians, who are involved in productive activities, but have no access to loans.

She added that the programme gives priority to the most vulnerable in the society, including widows, youths, persons with disability and the internally displaced.

“The programne has three signature schemes: TraderMoni, MarketMoni and FarmerMoni.

“The TraderMoni loan of N50,000 targets under-privileged and marginalised youths in Nigeria, aged between 18 and 40 years.

“The MarketMoni is also a loan of N50,000 given to the under privileged and marginalised women in the society with a special focus on female-headed households.

“Finally, the FarmerMoni is a loan package that provides inputs worth up to N300,000 to rural farmers”.

The minister further said that 3,000 beneficiaries across the 25 LGAs in Delta had been selected to benefit from the GVG programme.

“GVG programme is designed to provide a one-off cash grant of N20,000 to the poorest and most vulnerable Nigerians in rural and peri-urban areas across the 36 states of the federation and the Federal Capital Territory.

“Our target in Delta is to disburse the grant to about 3,000 beneficiaries across the 25 local government areas in the state.

“It is worthy to note that 70 per cent of these beneficiaries must be women, while the remaining 30 per cent is for youths.

“Mr President has further directed that at least 15 per cent of the total number of beneficiaries must specifically be allocated to citizens with special needs, including Persons with Disability (PWDs), internally displaced persons and senior citizens in the state,” she said.

Farouq said the two programmes are part of the National Social Investment Programme (NSIP), which is the flagship of social protection programme of President Buhari’s administration targeting the poor and vulnerable in Nigeria.

She, however, empathised and condoled with the State government and the people of Delta over the recent flood disaster in the state that claimed lives and properties.

She commented the State Government for providing support to the flood affected persons.

“Given the magnitude of the devastation in the state and most part of the country, l wish to inform you that President Buhari has approved the release of 12,000 metric tons of assorted food commodities from the National Strategic Reserve for distribution to victims of this flood disaster in the country as a way of assuaging their suffering.

Earlier, Gov. Ifeanyi Okowa commended the Federal Government, adding that 8,000 beneficiaries had been captured under the Conditional Cash Transfer (CCT) in the state with monthly stipends of N5,000.

The Governor, represented by the State Commissioner for Humanitarian and Community Support Services, Dr Darlington Ijeh, said a total of 585 savings groups were formed, and 300 cooperatives groups established.