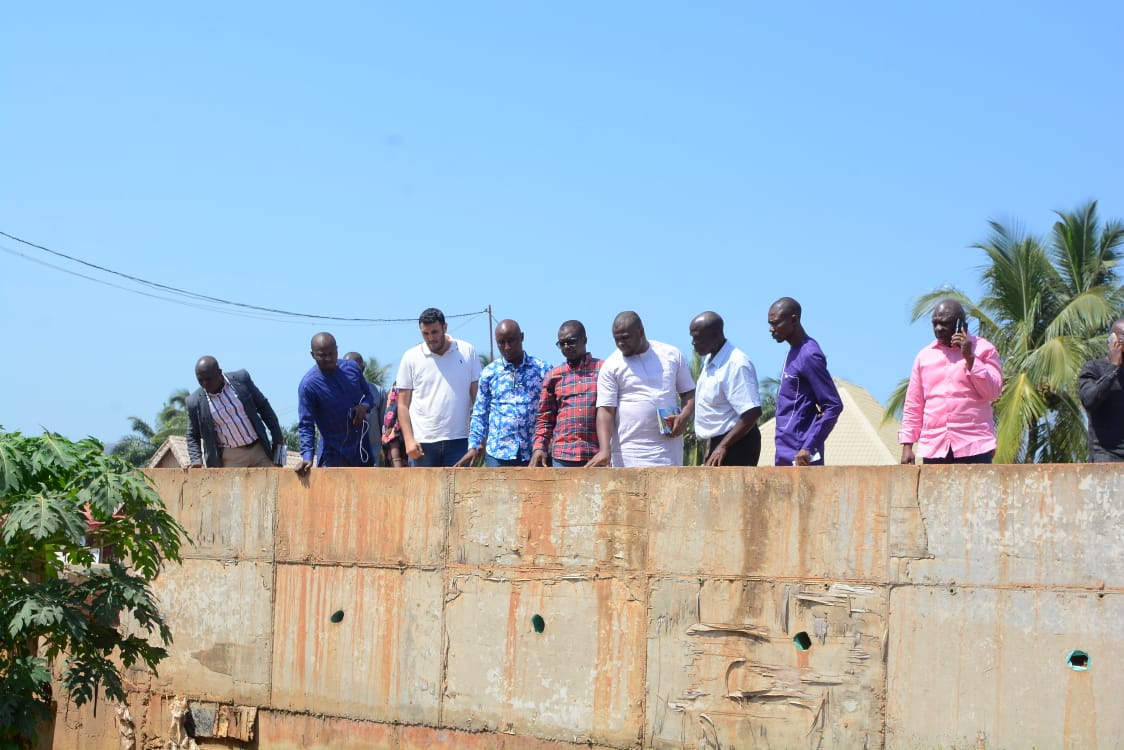 The Security and Exchange Commission (SEC) has commended the Ondo State Government for ensuring infrastructure development that can stand the test of time for the betterment of residents of the state.

The SEC, which embarked on inspection visits to monitor the construction of some projects in critical areas of the economy across the three senatorial districts of the state, asked the government not to rest on its oars for more lasting legacies.

Mallam Abubakar Habib, the Assistant Director, Monitoring and Evaluation in SEC, who led the team, stated this after the monitoring in Akure.

Abubakar said the exercise was aimed to ascertain that the projects were executed fully to their specifications.

Abubakar lauded the state government for timely completion of Ore overhead bridge, and quality of work done in all the projects inspected.

He tasked the government to expedite action on the ongoing construction of Teaching Hospital complexes at Ondo and Akure and the dualisation of Ikare township road.

He, therefore, promised that the commission would continue to assist and cooperate with the state government on more infrastructure development.

The state Commissioner for Finance, Mr Wale Akinterinwa, explained that for decades, residents and travellers moving towards the four-junction intersection at Ore, in Odigbo LGA of the state, were gripped by some awful fears, either as drivers or passengers in the vehicle.

Akinterinwa added that passersby who walked beside the road or crossing to other side might be knocked down by oncoming vehicles, which he said, the past goverment could not solve.

He explained that the government embarked on the Ore Flyover for the benefits of the people of the state and the coming generations.

He stated that the project had reduced the rate of accident to the barest minimum, boosting economic activities of the state, as well as addressing traffic problems in the area.

The commissioner said that the massive infrastructure development was one of the major policy thrusts in line with the REDEEMED Agenda of Gov. Oluwarotimi Akeredolu-led administration.

He attributed the delay in the teaching hospital complexes in Ondo and Akure to COVID-19 pandemic and inflation in the country, promising that they would be completed soon.

Also, the state Commissioner for Infrastructure, Lands and Housing, Mr Raimi Aminu, explained that adequate infrastructure development was sine-qua-non to the establishment of sustainable industries and entrepreneurship development in any society.

Aminu stated that in the past five years, Gov. Akeredolu had changed the narratives of huge Infrastructure deficit at the critical sectors of the economy, saying that the three Senatorial Districts of the state had benefited from different life-changing projects.

He, therefore, promised the government’s readiness to continue to cooperate and partner all stakeholders with a vew to developing the state and its people.
The team visited Ore Flyover, Teaching Hospital Complexes in Ondo and Akure and Ikare Akoko road dualisation.