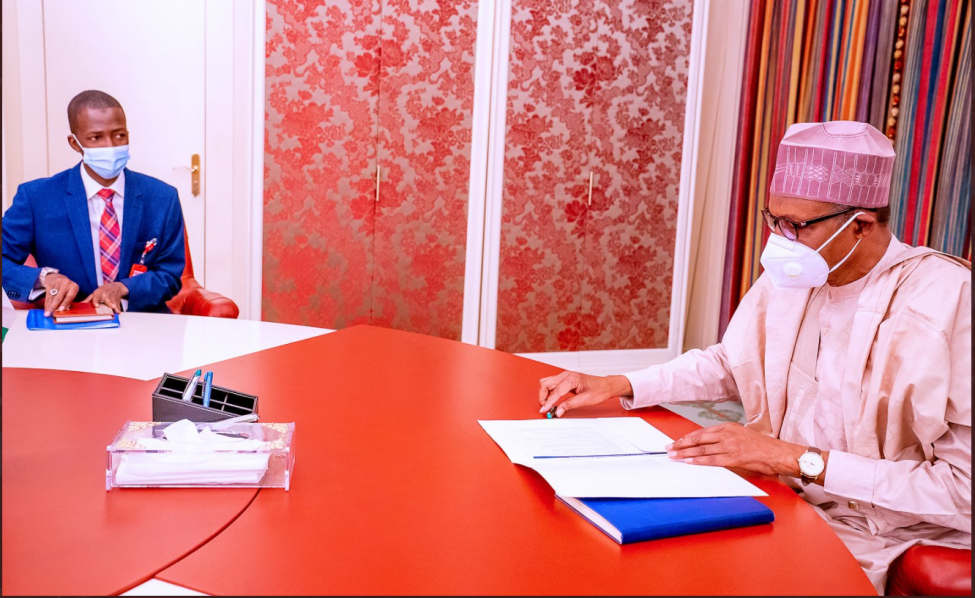 The Chairman of the Economic and Financial Crimes Commission (EFCC), Abdulrasheed Bawa, on Thursday in Abuja updated President Muhammadu Buhari on the activities of the commission.

Bawa, who briefed State House correspondents after his meeting with the president, said the number of governors being monitored by the Commission for suspected cases of money laundering has increased beyond the three earlier mentioned.

The EFCC boss, however, did not give the actual number of the affected governors under the EFCC radar or surveillance operations.

It was reported that some governors, including that of Zamfara, Bello Matawalle, had challenged the EFCC to search his property over allegation that a “humongous amount of money for laundering through cash payment of salaries,” had been discovered in one of his residences.

Matawalle made the offer in a statement issued by Alhaji Ibrahim Dosara, the State Commissioner for Information.

However, the anti-corruption boss urged the citizens to partner with the commission in exposing corrupt politicians hiding huge amounts of cash for selfish motive.

”We are monitoring everything, Nigerians are helping. Well, I don’t want to give you the figures so that you will not go and speculate whether they are in the north or in the south, but it’s important that Nigerians key into it,” he said.

The anti-corruption Tzar also praised the new naira redesigning project, describing it as a significant process in the country’s fight against financial crimes and other forms of corruption.

According to him, the huge amount of the country’s currency that has left the hold of Central Bank of Nigeria (CBN) makes trailing financial crimes difficult.

He noted that the naira redesign would be an opportunity for the government to regain control over flow of cash in the country.

“You know that there is an obligation of money laundering law that we have, in which an individual is expected to carry out a transaction that is above N5 million naira, through the financial institution.

”There is also the threshold in which a corporate entity is expected to carry out transactions that is above N10 million in the financial sector and why is it so?

“Here we are now, in which 85% of our currency is out in circulation and people are carrying out transactions above the thresholds as provided for by this provision over and above that we will not be able to monitor, we don’t know what they’re doing,” he said.

According to Bawa, these are the transactions that are creating and giving avenue to other forms of crime, including payment of ransom, banditry, bribery and other illicit financial flows.

“So, we are happy with this naira redesign in the sense that it will give the Central Bank an opportunity of going back to square one, by the time they collect all these monies back to their system, then they are going to control the money that they are going to release to the system.

“Then, of course, once the monies are back within the financial institution, it will help to further boost economic activities in the sense that there will be more money for people to borrow.

”Then, we on our own part, we’ll have the avenue of monitoring what we are doing with all these huge resources that are out there, within the financial institutions.

“So it is a good thing for all of us, for the entire country and that is why we are calling on Nigerians to embrace the policy, to thank the President for coming up with this and then of course, to champion the cause of the successful implementation of this naira redesign,” he added.

He, however, appealed to politicians to always avoid using illegitimate funds in their campaign finances.

“For politicians, the message is very clear. Of course you know, they should sell themselves, they should talk about issues.

“We want to hear about how they are going to solve the problems, not what the problems are, I think it is very important and I think they are doing that.

”And then of course, we encourage that they shouldn’t use illegitimate funds in their campaign finances and all of that,” he said.