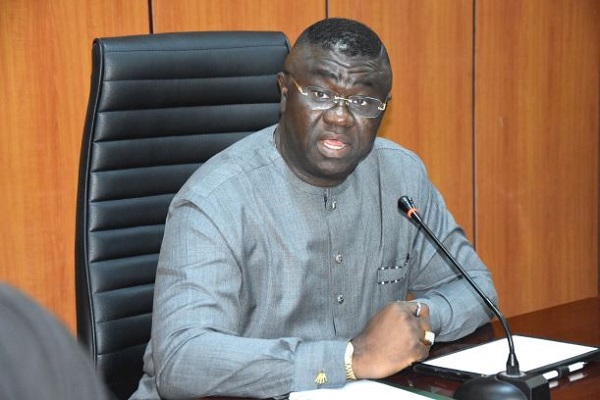 Mr Clem Agba, the Minister of State for Budget and National Planning, on Sunday distributed 600 bags of rice to victims of flood disaster in Etsako Central and East Local Government Areas of Edo.

Agba, who was represented by one of his associates, Mr Simon Ogie, to coordinate the distribution, said the donation was to ameliorate the suffering of the flood victims.

Agba said the gesture was borne out of his determination to touch the lives of the people of the area and the need to identify with them in their trying period.

According to him, the flood, which ravaged about18 communities had affected many people, therefore the need to assist them.

“I am worried over the incident that affected many residents of the areas, so I decided to provide rice as first form of assistance.

“The rice will be given to any person who is in one way or the other affected by the flood, because the disaster stopped them from going to their places of business,” he said.

Agba noted that the responsibility of taking care of internally displaced persons must not rest on government alone, but on all patriotic Nigerians who are interested to have a better country.

The minister said the Federal Government was committed to the yearnings and aspirations of the people by giving the affected victims sense of belonging and encouraged them not to be discouraged by their present situation.

“Federal Government had taken several measures to build infrastructure and improve the quality of life of persons that are displaced by the flood.

“Also, the construction of many rural roads across the country under the Federal Government Economic Sustainability Plan (ESP) is designed to check post flood loses and other negative impact,” Agba said.

The Deputy State Chairman of the APC, Mr Jarret Tenebe, commended the minister for alleviating the sufferings of the victims in the affected local government areas.

Tenebe said that the minister had provided the needed representation that would consolidate and continue to ensure the gains of democracy got to the people of Edo.

“Agba is a tested and trusted leader who has provided the needed leadership to the people of the state,” Tenebe said.

He, however, appealed to Nigerians to assist those affected by floods across the country.

“It is time Nigerians ignored their differences and join government, and other organisations to help families hit by the floods,” he said

Some of the beneficiaries who spoke to our reporter commended the minister for the gesture and called on the government, politicians and wealthy individuals to do the same.

One of the victims, Mr John Okhime, thanked Agba for the donation, saying that it would reduce the hardships he was facing after the flood.

Also, Mr Alade Ayegbeni, another victim, said the gesture came at the right time when they were in need of such.