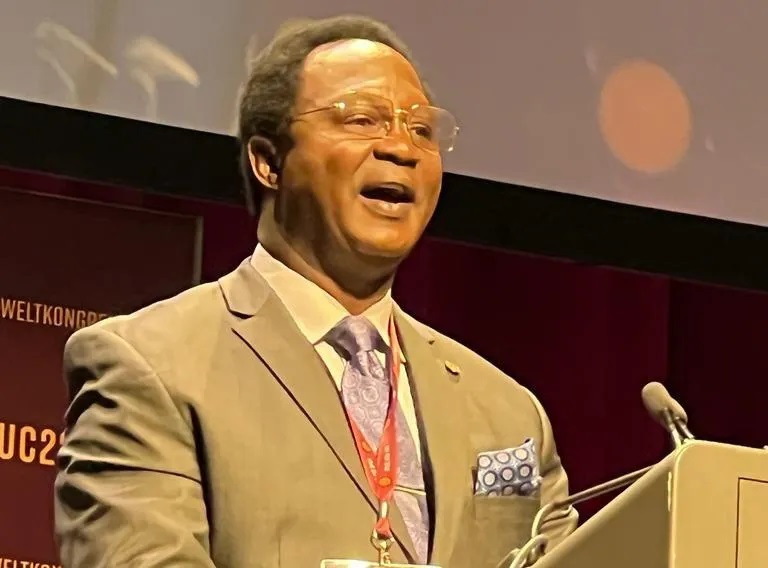 Wabba, who is also the President of Nigeria Labour Congress (NLC), made this known in a statement in Abuja.

He spoke at the opening of the 5th International Trade Union Confederation (ITUC) congress holding in Melbourne, Australia, with the theme, “A New Social Contract”.

According to him, the preamble of the Constitution of the International Labour Organisation (ILO) says, “Universal and lasting peace can be established only if it is based on social justice.

“There is no gainsaying the fact that social justice is the master key to sustainable peace, progress, and development.

“The paucity of social justice in our world is a major contributor to the tensions, upheavals, vices, and violent conflicts in many countries.

“The ITUC’s commitment to social justice informs the theme of this year’s congress – “A New Social Contract” – all the more relevant given the dislocations and devastations of COVID-19 pandemic claiming nearly seven million lives and destroying about 250 million jobs.

“A significant number of the people who died were workers, many of them frontline workers.

“There was no justification for this as just 0.25 per cent of the global Gross Domestic Product (GDP) would close the social protection gap.

“In order for the future of work we are building to be sustainable, we must pay attention to equality and inclusion. Care work must be paid for.

Wabba said that the global increase in labour productivity had not translated to living wages, while the desired wage outcome was living wages; so many countries, especially countries of the Global South, still struggled to pay minimum wage.

“As already noted, we are living in a world where the gains on rights elevation are being increasingly wiped out by heinous attacks on basic human and trade union rights.

“Dictators both in government and private workplaces are rolling back hard-fought trade union and workers’ rights.

He said that corporate power was seeking to undermine the right to organise, to engage in collective bargaining, the right to hold and express political thoughts and the right to strike.

According to him, all the other cardinal pillars of it revolve around jobs, not just any kind of job but decent jobs. Globally, we need to create 575 million new jobs to achieve full employment.

“We must continue to demand and work for participatory plural democracy in countries where military rule has been established and where pseudo- democratic governments have been contrived.

“Also, our calls for the respect of human and trade union rights in all conflicted countries must remain loud, strong, and consistent.

The president commended the governments of Australia and the State of Victoria for hosting the conference in the historical city of Melbourne, wearing an enviable badge of nearly two centuries of trade unionism.

He also saluted the thoughtfulness of the ITUC leadership, especially the secretariat, led by Sister Sharan Burrow, a daughter of Australia, an internationalist who invested most of her life in the service of the world’s working people.