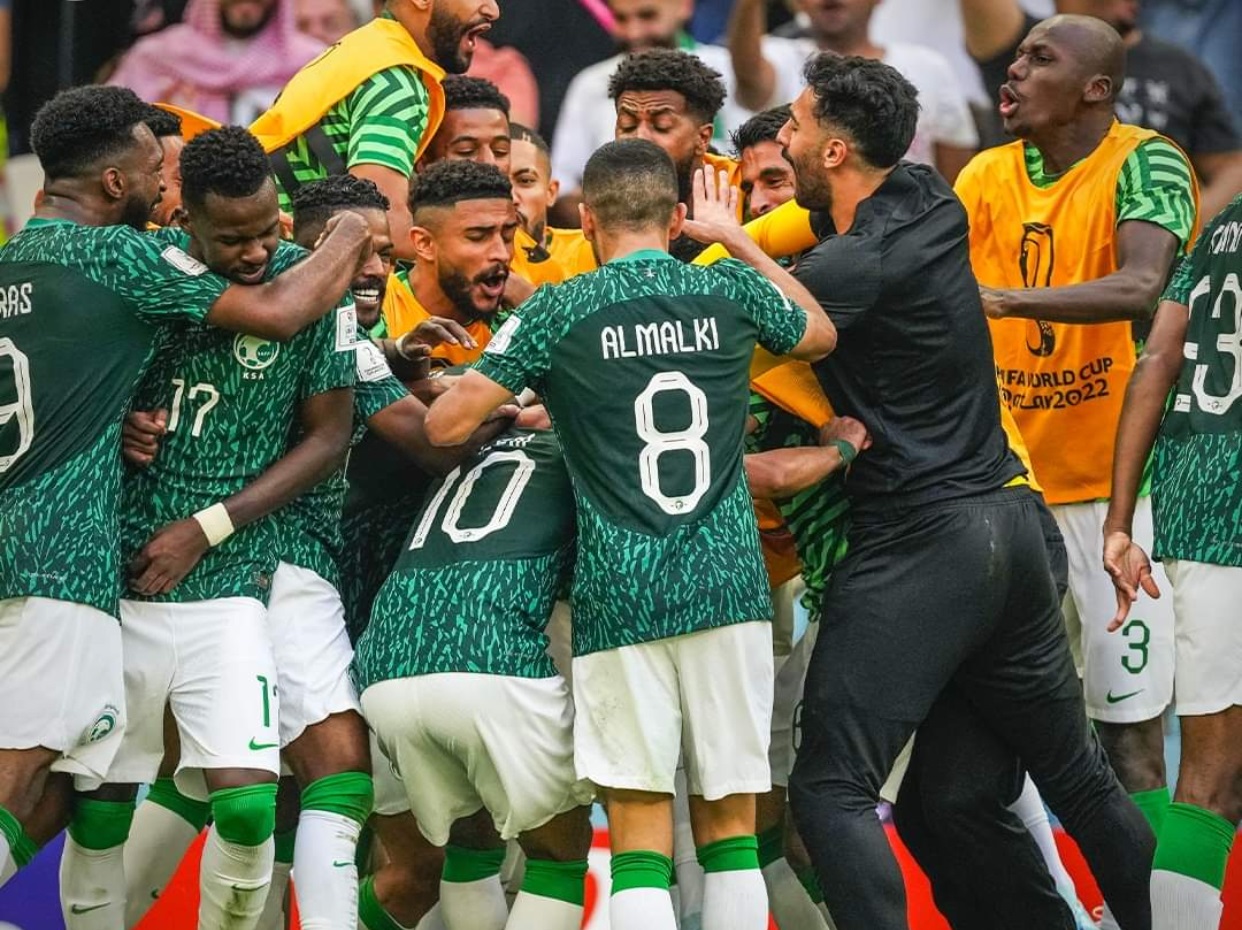 Title co-favorites Argentina suffered a huge shock in their World Cup opening match when they were defeated 2-1 by Saudi Arabia in Group C on Tuesday.

The Argentines had their three goals ruled out during the encounter.

Superstar Lionel Messi broke the deadlock for Argentina from the spot in the 10th minute, as the South American seemed to have the game under control.

But they were soon frustrated as Messi and Lautaro Martinez, twice, were tricked by a strong Saudi defensive line and saw their goals ruled out for offside.

Argentina held on to their lead until the break but were stunned in the 48th minute when Saleh Al-Shehri, Saudi’s top scorer in qualifying, beat a sleepy defence to equalize.

Messi and his team-mates were once again astonished when Salem Al-Dawsari took a rebound and curled the ball into the top corner to fire Saudi Arabia into the lead.

Saudi keeper Mohammed Al-Owais was also crucial to secure their first-ever win against Argentina, after he made fantastic saves to deny Nicolas Tagliafico from close range and a late Messi header.

The other Group C game between Mexico and Poland is later on Tuesday.