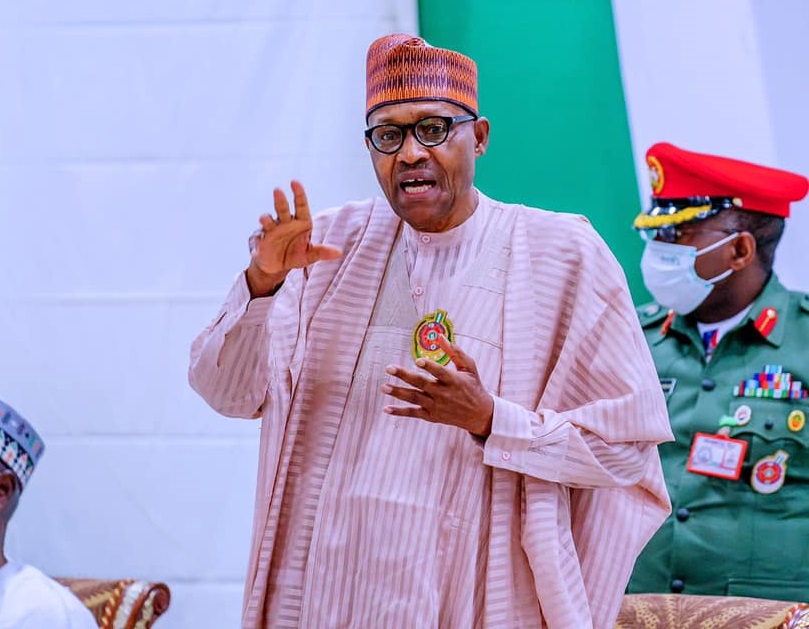 Speaking at the maiden edition of the International Financial Inclusion Conference in Abuja on Thursday, Buhari said his government had provided the enabling policy environment for the initiative to yield expected results.

The president’s speech was delivered by Muhammad Bello, Minister of the Federal Capital Territory (FCT).

According to Buhari, various intervention programmes of the Federal Government, through the Central Bank of Nigeria were meant to boost financial inclusion.

“At the onset of my administration we developed a blueprint for economic growth and development called the Economic Recovery and Growth Plan (ERGP).

“The plan was focused on economic recovery in the short-term and sustained growth and development in the long-term.

“It enabled this administration, through the flagship agriculture initiative, the Anchor Borrowers Programme (ABP), to provide access to credit to over four million smallholder farmers in 36 states of Nigeria and the FCT.

“Farmers were required to open bank accounts to access this facility.

“This marked the first time many of them had accounts, and has consequently led to the growth of financial inclusion amongst this underserved segment,” he said.

The president said his government also launched the Micro Pension policy in 2019, aimed at deepening pension penetration amongst Micro, Small and Medium Enterprises (MSMEs) and the informal economy.

“We also initiated policies for Micro-Insurance and Collective Investment, geared toward providing access to a wide range of financial products and services to the underserved in line with our National Financial Inclusion objective,” he said.

He commended the National Financial Inclusion Steering Committee, chaired by the Mr Godwin Emefiele, Governor of the Central Bank of Nigeria (CBN), and organisers of the conference for the initiative.

“Nigeria implemented a prudential regime to respond to the meltdown.

“While this effort improved financial system stability, it inadvertently undermined access to finance as entry barriers to the financial system became a disincentive for many economical active Nigerians,” he said.

He, however, added that the response to the global event in 2008 was not entirely responsible for the underserved in Nigeria.

He added that initiatives by stakeholders had greatly improved financial inclusion in the country.

“As at 2008, 52.2 per cent of Nigerian adults were financially excluded. This implied that one out of every two adults had no access to financial services.

“Even though Nigeria had a sizeable number of banked population, our financial inclusion rate was one of the lowest in the sub-region.

“Consequently, stakeholders undertook the onerous task of driving access to finance for the benefit of the hitherto excluded segments through the National Financial Inclusion Strategy.

“As at the end-2020 the financial exclusion rate had reduced to 35.9 per cent. While this remains high, it is a huge improvement,” he said.

According to Queen Maxima, UN Secretary-General’s Special Advocate for Inclusive Finance for Development, a World Bank survey showed a five per cent growth in financial inclusion between 2017 and 2021.

“This event offers a better chance to achieve a common vision that every Nigerian, no matter their background, geography or gender can have access to quality financial services,” she said.

Mrs Aisha Ahmad, CBN’s Deputy Governor, Financial System Srability, said some of the biggest impacts on technology had occurred in the global payment and financial system.

She said the country had made commendable progress, in spite of obvious challenges.

“We launched our target in 2012, aiming to ensure 80 per cent of financial inclusion of Nigerians by 2022.

“We have made significant progress in this respect to improve financial inclusion to 64.1 per cent from 53.7 per cent when we started in 2012,” she said.