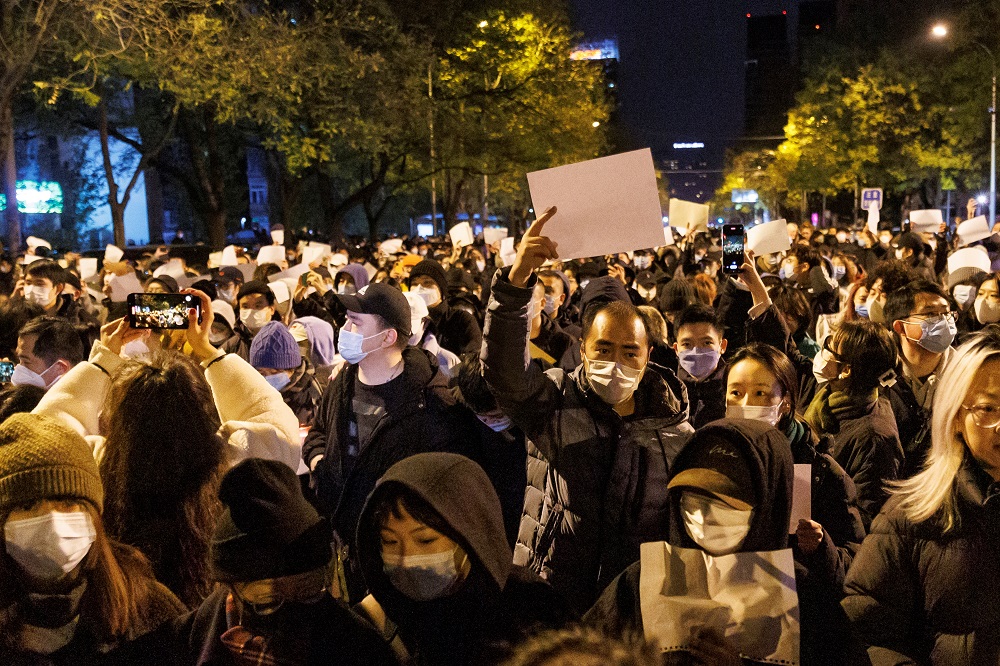 Police officers were deployed in large numbers in several Chinese cities on Tuesday to prevent the resurgence of protests against the Chinese government’s strict coronavirus containment measures that swept the country over the past few days.

An increased police contingent could be observed on the streets of the capital Beijing and other major cities such as Shanghai, Guangzhou, and Hangzhou since Monday.

Security forces increasingly stopped passers-by and checked their phones for suspicious content or software including VPNs that could be used to bypass online censorship.

In Beijing, police were particularly focused on securing the Liangma River promenade near the diplomatic quarter, where hundreds had demonstrated on Sunday evening.

Meanwhile, in the financial hub of Shanghai, barriers were set up along Wulumuqi Road to prevent large crowds from gathering, as they did at the weekend.

The recent protests, highly unusual in the Communist-ruled country with more than 1.4 billion inhabitants, were apparently triggered by anger about a deadly fire that broke out in a residential building at the weekend in the regional capital of Xinjiang, Ürümqi, in which 10 people were killed.

Large parts of the Xinjiang region and its capital have been under lockdown for more than 100 days.

China is currently seeing its highest coronavirus case numbers since the beginning of the pandemic.

On Tuesday, the health commission in Beijing reported some 38,400 new cases, a slight drop compared to the record of more than 40,000 set a day earlier.

Extensive restrictions on movement are currently in place in multiple Chinese cities with more than one million inhabitants, such as Beijing, the severely affected southern Chinese city of Guangzhou, and Chongqing.