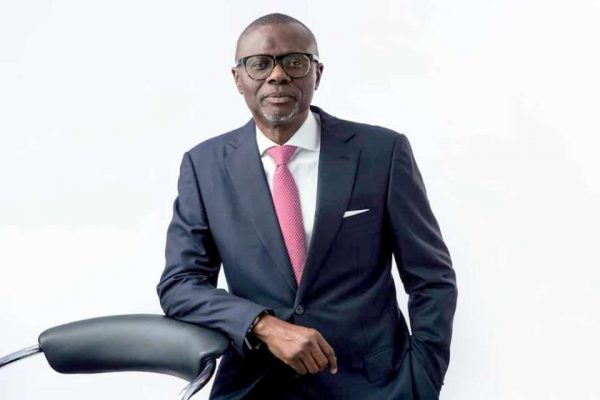 The APC Governorship Campaign Group in Lagos State on Wednesday, officially flagged off the re-election campaign of the incumbent governor, Mr Babajide Sanwo-Olu.

Speaking at a media briefing to herald the flag -off at Ikeja, the Commissioner for Information and Strategy, Mr Gbenga Omotoso said the theme of the 2023 re-election campaign for Sanwo-Olu and his Deputy, Dr Obafemi Hamzat is: “A Greater Lagos Rising!”.

Omotoso said the theme indicated the continuation of what the present administration promised in 2019 and had been implementing.

“We promised our people A Greater Lagos. What do we see around us? Abundant evidence of a new city rising from the womb of time. We do not make a false claim of having reached the zenith of our journey.

“Our contextual usage of the word is as an adjective that suggests an upward swing, an increase and an upward movement. These are the signs the people of Lagos state can see all around the state,” he said.

According to him, the campaign is not about Sanwo-Olu and his team alone, but it is a tribute to all the youths who are putting Lagos on the global map.

He said the campaign was a celebration of the collective progress made in the last three and half years, against all odds.

The commissioner said that from the social motivational perspective, the idea of rising captured the essentialism of the spirit of thousands of ‘creative and tech rebels’ who call Lagos home.

He said that the creative and technology experts were changing the false narratives about Nigeria with music, movies, fashion, sports and technological innovations, hence, putting Lagos state on the global map.

According to him, they are the ones helping to announce the rising of the Lagos city in distant shores, they are the Made-In-Lagos brands to whom the campaign is also dedicated.

Also speaking, the Director-General, Sanwo-Olu-Hamzat Campaign Committee, Sen. Ganiyu Solomon said that Sanwo-Olu deserved a second term as he had touched on every aspect of his administration’s T.H.E.M.E.S developmental agenda.

“It is during his time that we witnessed the COVID-19 pandemic, and it was during this time that the EndSARS situation also occurred, and all these did not stop him from performing and from ensuring that the T.H.E.M.E.S agenda is followed,” Solomon said.

The Commissioner for Budget and Economic Planning, Mr Sam Egube said that Lagos had not made any mistake in choosing the right governor.

“The greater Lagos is indeed rising with Sanwo-Olu.

“When you hear our leaders in the entertainment industry shout for joy, then you know that today that scripture is fulfilled, that when the righteous is in authority that the people shout for joy. When we see those things, indeed, we say that Lagos is indeed, rising.

“When we see the health facility, the Mother and Child care centres in Epe, in Ajah, in Badagry, in Igando come alive, you cannot but agree with me that the Greater Lagos which we talked about, is indeed rising.”