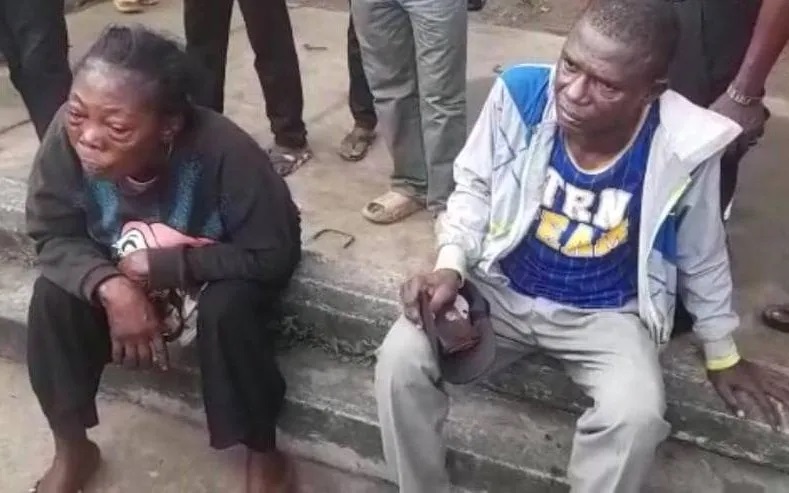 The Operatives of the Lagos State Traffic Management Authority (LASTMA) have apprehended two suspected abductors and rescued a female victim inside their car around the Pedesbytrian Church, Yaba, Lagos.

This is contained in a statement issued by the General Manager of LASTMA, Mr Bolaji Oreagba on Wednesday in Lagos.

Oreagba said that the two suspected abductors were arrested by LASTMA team personnel on Tuesday while monitoring traffic around the Yaba axis.

“Our officers on patrol and with the help from a passersby gave the suspects a chase and later caught up with them in a Toyota Corolla saloon car with registration number: FST 60 RJ.

“The suspects were apprehended following a call for help by a woman in the back seat.

“The victim said she got in the car from Maryland to go Apapa. She said another woman was seated in the driver’s side seat seized her phone with other valuables,” Oreagba said.

LASTMA said the driver who gave his name as Monday Amhe, confessed during interrogation that he was involved in ‘one-chance’ crime.

“Amhe confessed further that he and his accomplices operate by picking up passengers along Ikorodu road and robbing them of their valuables before discharging them at any location of their choice.

“The driver’s accomplice, identified as lady ‘Joy’, confirmed that Amhe introduced her to the business.

The suspects have been handed over to the Sabo Divisional Police Station in Lagos by LASTMA Officers for further investigations,” he said.

The general manager cautioned members of the public to be extra-vigilant and careful when boarding private or commercial buses.