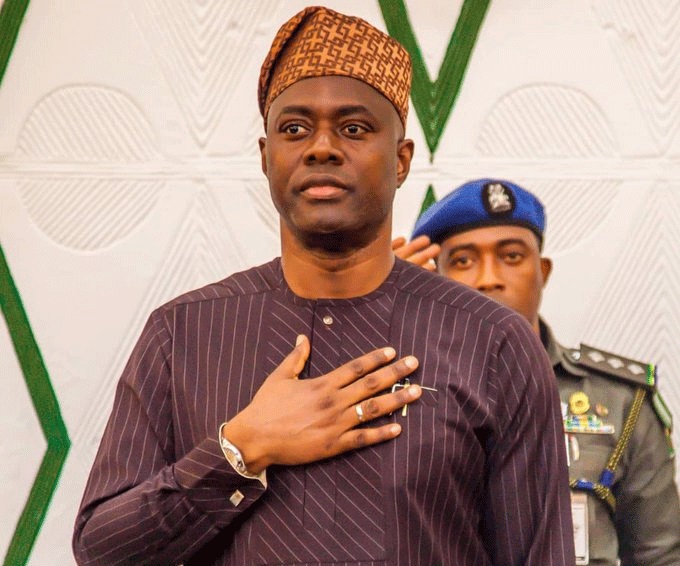 In a bid to resolve the internal crises within the Peoples Democratic Party (PDP) in Ogbomoso zone, Oyo State, ahead of 2023 elections, Gov. Seyi Makinde on Thursday met with key leaders of the party.

Makinde, also held another meeting with the people in the zone for two days, where he x-rayed achievements of his administration in the last three and half years and sought for their votes to enable him to return for second term.

A statement on Thursday evening in Ibadan by Mr Taiwo Adisa, the Chief Press Secretary to the Governor, indicated that the two separate meetings were held at the Lagbami Osekun Hall and Soun Ogunlola Hall, both in Ogbomoso.

Makinde said that essence of the meeting was to resolve the internal crises within the party in the zone “so that the PDP House would be in order before the general elections”.

The governor, at the meeting with the PDP stakeholders in Ogbomoso zone, said he was convinced that the good people of Ogbomosoland were solidly behind his re-election bid.

Makinde said that the zone had benefited from many developmental projects and programmes of his administration.

He urged the people of Ogbomosoland to re-elect him in order to enjoy sustainable development, promising to keep working on the developmental demands of every zone of the state based on the resources at the government’s disposal.

The governor also promised that all demands made by the people during the two separate meetings, including the appointment of a new Soun of Ogbomoso, would be addressed.

Makinde, however, told them that he would only insist that the “due process must be followed”.

“Once due process is followed in the selection of the Soun, the state government will give its support,” the governor said.

In their seperate remarks, the Onpetu of Ijeru, Oba Sunday Oyediran and a member of the PDP Board of Trustees, Chief Saka Balogun, commended Makinde for doing so much for Ogbomosoland, in the areas of education, security and healthcare delivery and infrastructure.

The traditional ruler said the governor had transformed Ogbomoso with several road projects and healthcare projects.

Balogun also said that Makinde achieved something that brought eternal joy to Ogbomoso when he secured the sole ownership of the Ladoke Akintola University of Technology (LAUTECH).

He urged the Ogbomoso voters to re-elect the governor in 2023.

Vote committed leaders to usher Nigeria to next level – Sanwo-Olu