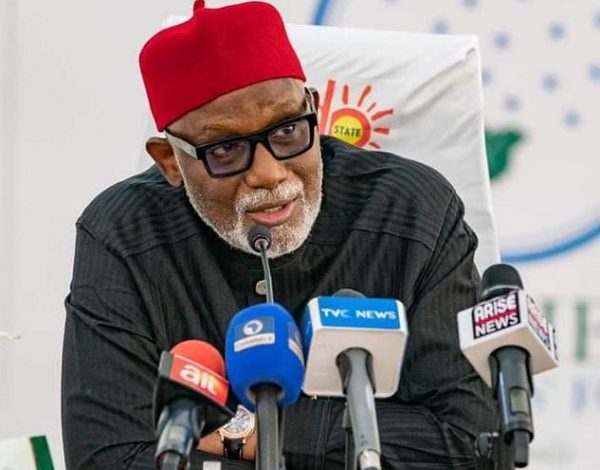 Ondo State Governor, Oluwarotimi Akeredolu, has charged public servants to be accountable and transparent in their operations, to enhance productivity in the service.

Akeredolu gave the charge at the grand finale of the 2022 Public Service Week on Thursday, in Akure.

It was reported that the 2022 edition of public service week started on Monday with the theme: “The Roles of Public Servants in Governance and Political Participation”.

The governor, represented by his deputy, Mr Lucky Aiyedatiwa, said public servants must always ensure they expand the state’s revenue base and prudently manage its finances.

Akeredolu said that his administration had been doing everything to insulate bureaucracy from partisan politics, saying, “I implore you to do your job as required by law. I demand nothing more!”

The governor said the service was both the stabilizer and the enduring face of government, as politicians and political administrations would come and go.

“I wish to thank public servants in Ondo State for their support and cooperation for our administration. Without your cooperation, we would not have recorded the modest feats achieved in all our policies and programmes.

“Our administration will never undervalue your team work, understanding, and commitment.

“We shall, in thought and action, continue to give priority consideration to the Public Service, notwithstanding the State’s lean financial resources and the concomitant competing demands of our people.

“In Ondo State, in particular, the Public Service has played a significant role in governance so much that it is impossible to imagine a flow of governance without it,” he said

Earlier, the Head of Service, Pastor Kayode Ogundele, appreciated the state government for the approval and support to enable workers to observe the annual celebration.

Ogundele, while referring to the theme of this year’s celebration, said public servants must be refreshed to appreciate their roles as the machinery for implementing government policies.

“I cannot but mention that the present administration has placed the welfare of workers in the front burner as workers continue to enjoy regular promotion as and when due with financial benefits,” he said.

Ogundele assured Akeredolu that the public service was poised to retool itself, for quality service delivery.

It was reported that awards were given to outstanding public servants at the occasion.