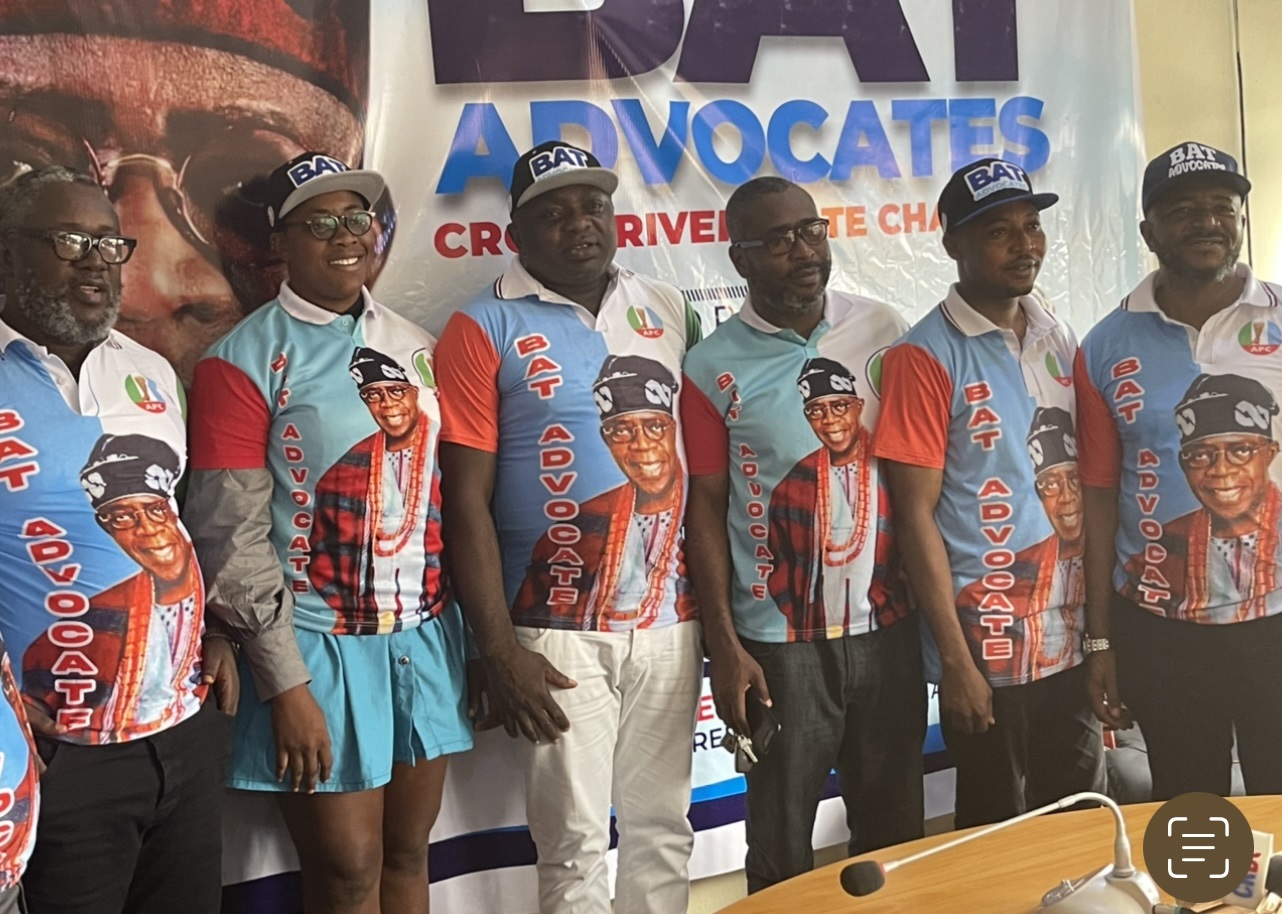 The Director General, BAT Advocate, Cross River Chapter, Mr Raphael Odu, who briefed newsmen on Thursday in Calabar, said that the group has members in all poling units across the state.

Odu said that the group was rooting for Tinubu because of his track record and knowledge of the economy as well as his prudent management of resources.

“In view of our widespread and contact, we make bold to state that BAT advocate has put mechanism in place to mobilize over 700,000 votes for Tinubu during the presidential polls.

“Tinubu is a consummate politician and infrastructural development magnet who has what it takes to take Nigeria to greater heights.

“As governor of Lagos, he laid a roadmap for a sustainable economy in Lagos; a feat that made the state, the sixth largest economy in Africa.

“As a professional accountant, Tinubu will make an excellent President in ensuring probity and accountability in wealth creation, human capital development and management,” he said.

He called on all Nigerians to come out en mass and vote for Tinubu during the presidential poll.

“With Tinubu there is a renewed hope for Nigeria,” he said.