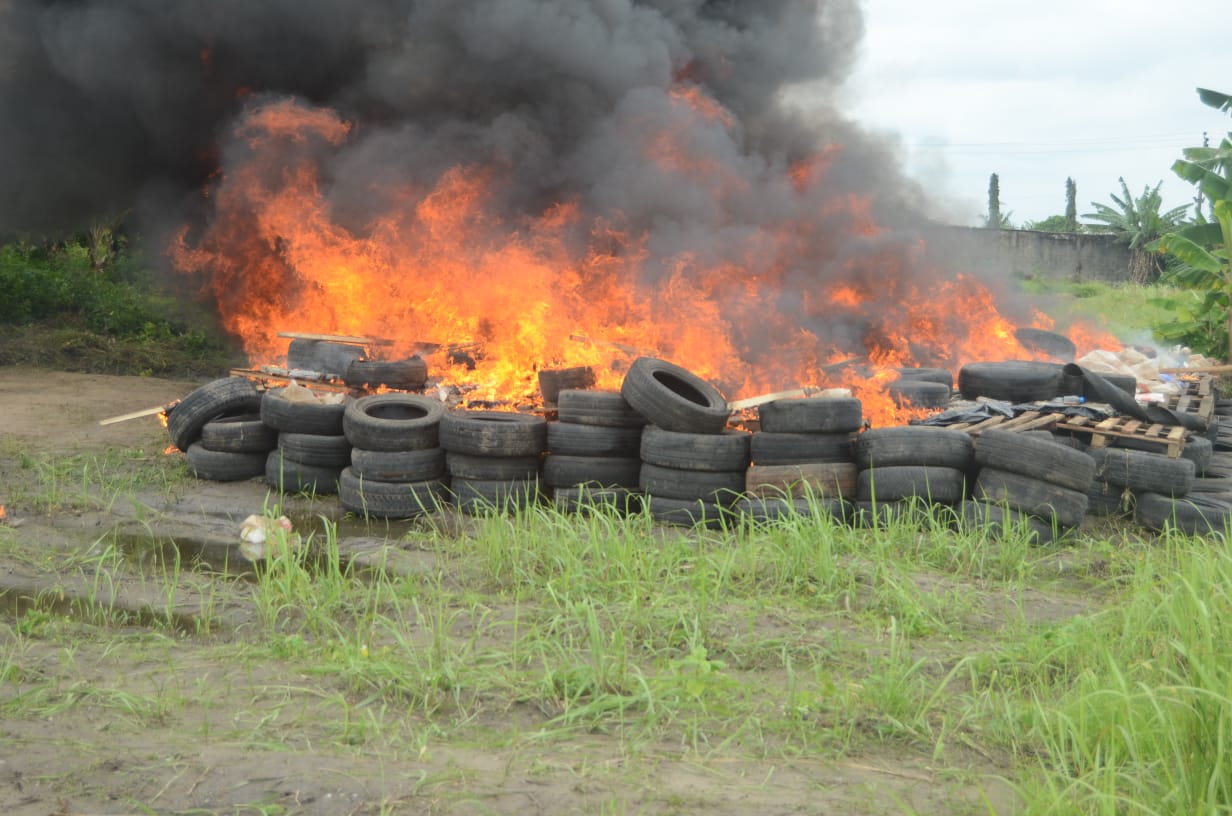 The National Drug Law Enforcement Agency (NDLEA) has destroyed 24.6 tonnes of illicit drugs and other psychotropic substances seized from drug traffickers in Kwara.

It was reported that the confiscated illicit drugs, equivalent of 24,616.111 kg, were destroyed on Wednesday in Ilorin.

The state Governor, AbdulRahman AbdulRazaq commended the NDLEA for the feat and pledged to support it to rid the state and the country of the menace of drug abuse.

He said that the NDLEA Chairman, Brig. Gen. Mohammed Marwa (Rtd.) and his team have been doing a fantastic job in tackling illicit drug flows and addiction in the country.

“We all know the menace of drug abuse and addiction and how it destroys families, communities and the state.

“Non-state actors are now using drugs as a form of investment and means to continue to perpetrate violence in the society.

“As far as the government is concerned, the issue of drugs in our society is huge and must be combated.

“That is why I had to rearrange my plans to be part of this occasion to show that the government has a buy-in in it,” he said.

AbdulRazaq expressed delight that Kwara which was in 2018 rated high as one of the states abusing drugs, is now gaining strength in controlling the menace.

The governor pledged continuous support to the state command of NDLEA in the area of advocacy campaigns.

“We know the job of the NDLEA Chairman across the nation is huge but we need to continue the advocacies.

“We will partner with NDLEA to sponsor programmes on Radio and Television stations to pass the message to our communities,” the governor added.

Wife of the governor, Amb. Olufolake AbdulRazaq, said the state drug control committee has been doing a great job.

The governor’s wife, who was represented by the Commissioner for Health, Dr Raji Razaq, said she would continue to champion the fight against the drug menace in the state.

She also commended the state drug control committee for been responsive in carrying out its functions for the last 10 years.

The governor’s wife said it was important to conduct a fresh survey on the illicit drug situation in the state, so as to confront the situation more appropriately.

Earlier, the NDLEA Commander in the state, Alhaji Ibrahim Saidu, said that the agency had secured a total of 171 convictions of drug dealers and traffickers in the state this year.

He appreciated the support of the state government and other stakeholders, and pledged that the NDLEA would not waiver in its war against drug dealers and traffickers.