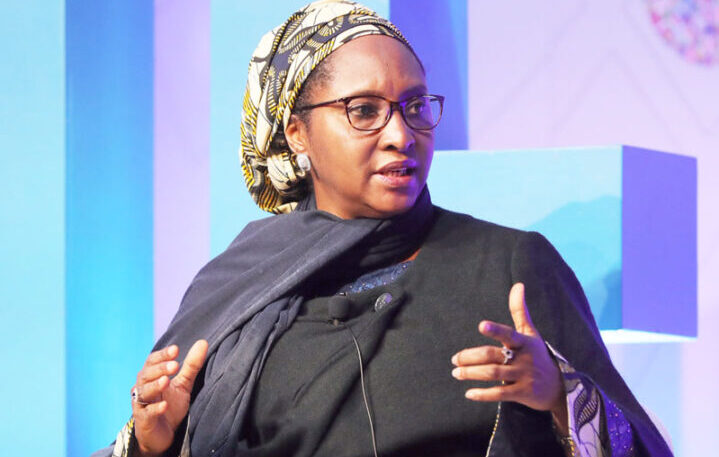 The Minister of Finance, Budget and National Planning, Mrs Zainab Ahmed, says Nigeria is in good economic standing, and is not broke.

Ahmed spoke at the 6th edition of President Muhammadu Buhari’s scorecard, tagged “PMB Scorecard 2015-2023”, organised by the Ministry of Information on Thursday in Abuja.

She said that the country had continued to generate revenue on a regular basis, which is distributed to all the tiers of government.

She added that the country had recorded significant growth in non-oil revenue, while improving oil revenue that had dwindled in the last few years.

“We continue to generate revenue on a monthly basis and these revenues are distributed at the Federation Account Allocation Committee (FAAC).

“Again, to continue with the tradition of transparency, we actually disclose how much is distributed on a monthly basis to the various tiers of government.

“We have witnessed a significant increase in non-oil revenue.

“While oil revenue is underperforming because of criminality, recently NNPC has reported that this has been curtailed and we are already beginning to see the pick up in the production volumes which are that more revenues have started to come to the Federation,” she said.

She said in spite of those remarkable improvements, revenue is still not enough to meet expenditure of government, thus necessitating the resort to borrowings.

She, however, said that such borrowings were guided by certain strategies to ensure sustainability.

“Our borrowings have been practical. They are sustainable, they are guarded by debt management strategies.

“There is a debt management board that is chaired by the Vice President, the ministers of Justice, Finance and other ministers as well as the Debt Management Office (DMO).

“The debt management is being followed religiously and our debt is sustainable,” she said.

She added that at 33 per cent debt-to-GDP ratio, Nigeria is still the lowest when placed beside countries with equal comparatives.

According to her, “there are no plans to restructure the debt. We do not have to restructure because we have a debt strategy that could be followed closely.

“We make provision in our budgets for debt servicing. It is taken as a first line charge so we have not defaulted on any loan, external or local.

Ahmed, however, reiterated that the country is faced with revenue challenges.

“But again, I say we do have a revenue problem despite the increase in revenue because our performance of 8 per cent of GDP shows that the revenue is not enough.

“We are a population of 200 million people, we have a lot of demands on government, both states and federal, to provide service.

“We have to keep working to find out how we can incentivise and enhance the business environment so that small business enterprises can thrive.

According to her, it is for those reasons we have reduced income taxes for the smallest businesses.