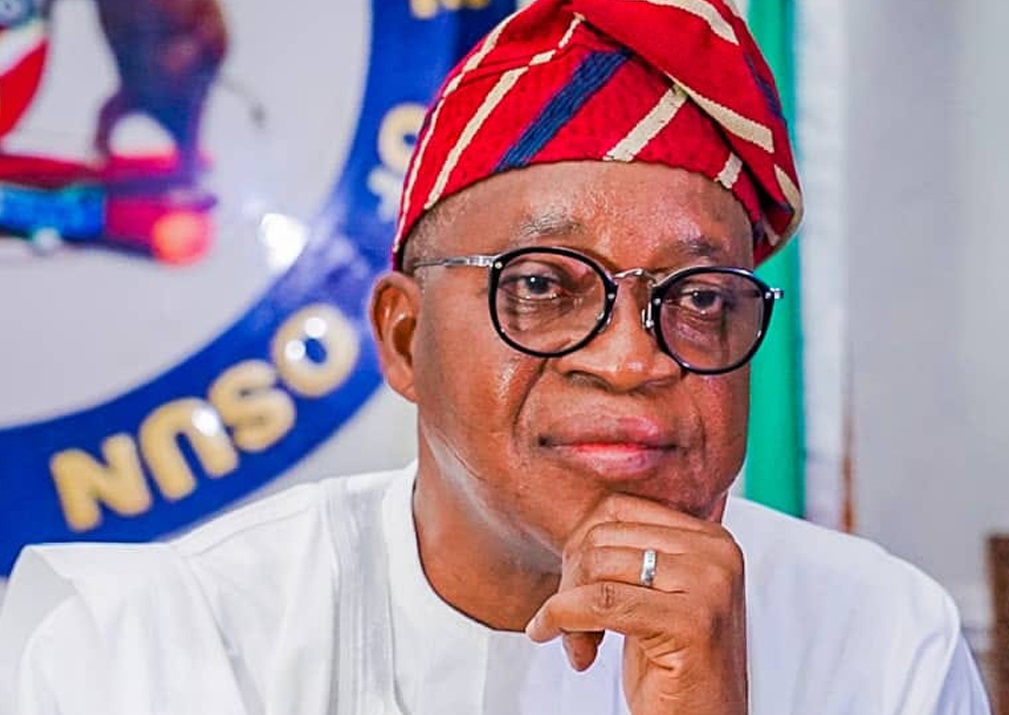 Mrs Bimpe Ogunlumade, Permanent Secretary, Ministry of Finance in Osun, says the state government has discovered a salary and pension-related debts, amounting to over N76 billion, left by the immediate past Gov. Adegboyega Oyetola’s administration.

A statement by Malam Olawale Rasheed, the Spokesperson of Gov. Ademola Adeleke of Osun, said on Thursday in Osogbo that Ogunlumade made the revelations while briefing officials of the new administration on the state’s financial status.

According to Rasheed, the Osun Government has uncovered a monumental debt in salaries, pensions and insurance commitments incurred by the administration of Mr Gboyega Oyetola, amounting to N76 billion.

“This revelation was made by the Permanent Secretary, Ministry of Finance, Mrs Bimpe Ogunlumade, while briefing officials of the new administration on the financial status of the state on Thursday.

“The disclosure was contrary to the claim by the former governor that he left N14 billion in cash for the new government, among other bogus claims that have now been found to be an outright falsehood.

“The breakdown of the salaries and pension-related liabilities as disclosed by the Permanent Secretary are as follows:

“The public is hereby advised that this is not the total debt left by the past administration as briefings on other sources of liabilities continue tomorrow.” he said.