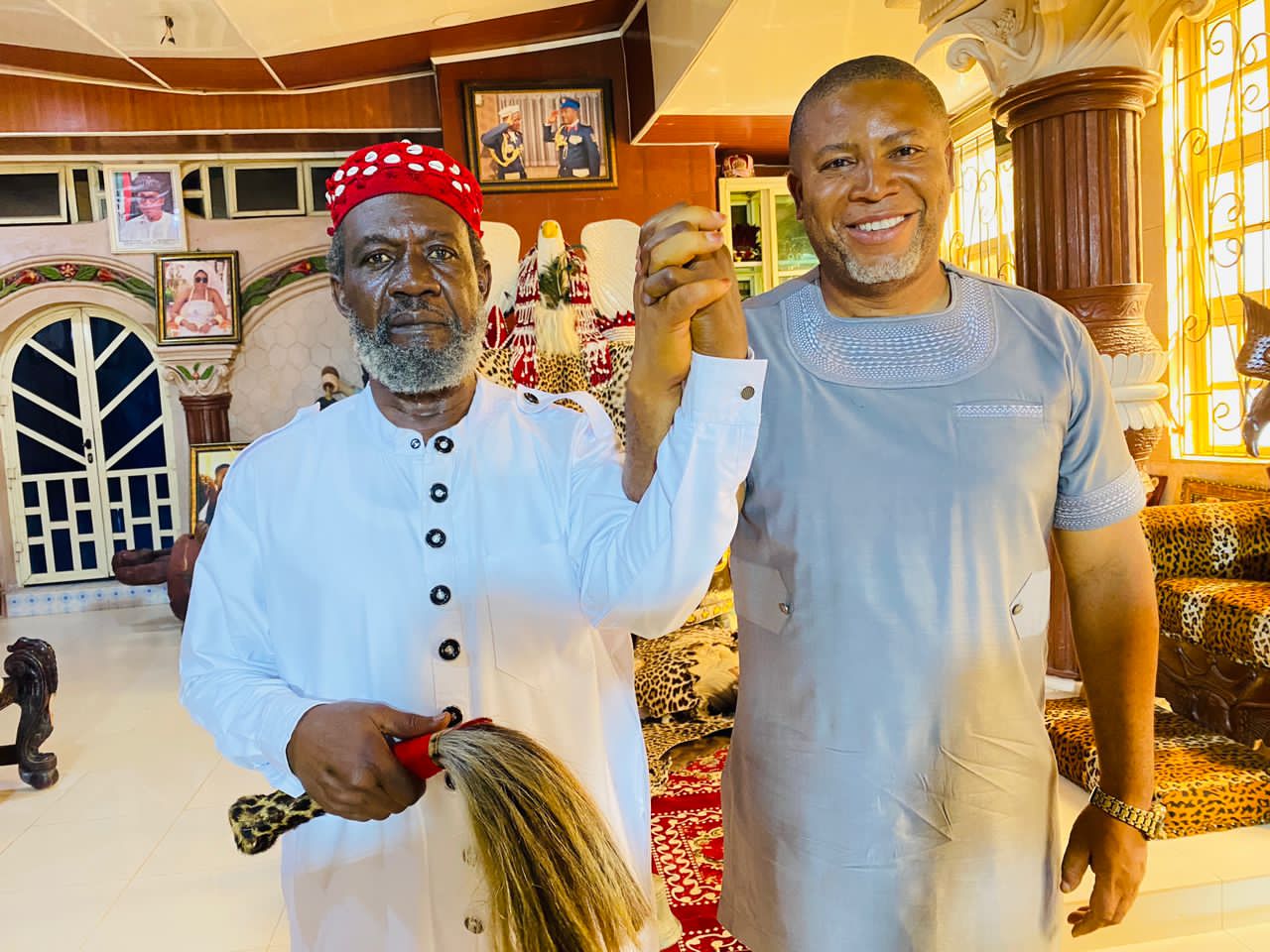 Ezeudu is the All Progressives Congress (APC) candidate for the Anaocha/Dunukofia/Njikoka Federal Constituency seat in the House of Representatives.

Okoye, also known as ‘Aka Ji Offo Igbo’ (the hand that holds the offo title) made the disclosure when he received Ezeudu in his residence.

He said the marginalisation of Dunukofia was no longer acceptable and that people of Anaocha and Njikoka LGAs should support a candidate from Dunukofia to win the seat in the interest of fairness and equity.

The spiritualist said the people should adopt APC`s Ezeudu as their consensus candidate as he had all it takes to give quality representation.

“I will galvanise the support of other LGAs that make up the Anaocha/Dunukofia/Njikoka (DNA) Federal Constituency to ensure equity, fairness, and justice; it will amount to political and moral injustice for Dunukofia to be denied the slot.

“Both Anaocha and Njikoka have repeatedly represented the Federal Constituency and must lend support to their sister local government, Dunukofia, to benefit from that slot.

“I have received a divine mandate which is to lead the support for Dunukofia to produce the next federal lawmaker in 2023,” he said.

He added that beyond the equity argument, Ezeudu was the most skillful, qualified and experienced person to represent the constituency in Abuja and one who would bring home the dividends of democracy.

“I will rally other stakeholders across the Federal Constituency to support Ezeudu as a consensus candidate, based on competence, track record, enthusiasm for development and in the principles of equity, justice, and fairness,” he said.

Responding, Ezeudu who is the current member representing Dunukofia State Constituency in the Anambra House of Assembly, thanked Okoye for his warm reception and kind words.

He promised to keep to his words and build upon his track record of service to the people and development, if elected.

The lawmaker said he would replicate his sterling performance in the House of Assembly at the Federal level.

He said projects he attracted to Dunukofia were evidence that testified to his capacity, adding that he was not going to Abuja to learn the art of lawmaking.

“I will hit the ground running to make sure that the people of Anaocha/Dunukofia/Njikoka benefit directly from necessary infrastructure and human capital development and other democratic dividends.

“If elected, I promise to participate in vigorous lawmaking that would benefit and bond DNA stronger as a homogeneous population,” he said.