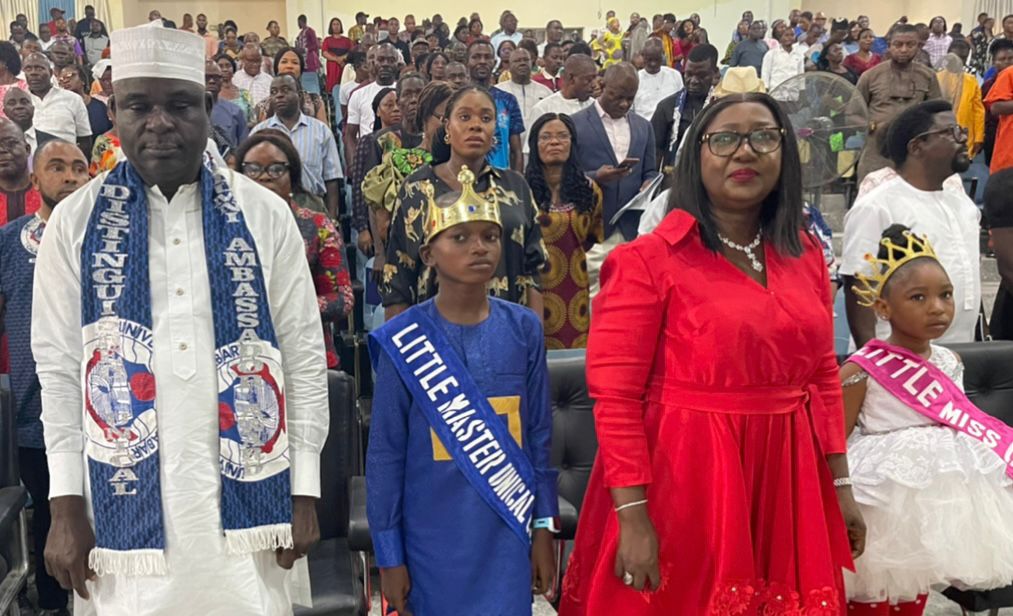 The University of Calabar has processed and issued 5,486 transcripts to former students of the institution in two years, our correspondent reports.

She that this has greatly enhance the academic standing of the institution in the country and outside.

“Under my administration, 5,486 transcripts have been processed out of 7,511 applications.

“Going forward, generation of transcripts of students from 2019/2020 is no longer an issue as students now graduate with their students’ copy of transcript. This is a great breakthrough,” she said.

While addressing a town hall meeting, made up of members of the university community and the public, Obi said she assumed office in 2020 during the period of Covid-19 pandemic and the endsars protest.

The VC said she was able to surmount the challenges because of her preparedness for selfless and dedicated service.

According to her, other serious assumption challenges were the huge debt profile, and programmes denied resource verification by National Universities Commission.

She said they also include sanction by Tetfund for university’s mismanagement of intervention funds among others.

The VC said that the challenges were a drawback for a woman who was expecting a less stressful beginning at the early stage of her administration.

She commended the Niger Delta Development Commission for the road construction project on campus, adding that it has given the university a face-lift.

The VC said that within the period under review, new lecture halls were built and equipped with modern desks including the equipping of laboratories.

She added that solar power light have been fixed around campus with a view of enhancing security for students and staff at night.

“The slight adjustment of school charges in conformity with modern day realities did not make matters easy.

“It is however consoling to note that I and my team have worked assiduously to confront these challenges headlong and have been able to provide solutions to many.

“With support from the President, Cross River Government, and entire membership of the Unical alumni and other friends of the institution, the pre-assumption challenges were taken care of.

“Going forward, programmes of the institution that had issues have successfully gone through resource verification awaiting accreditation.

She said that the debt profile of the institution was lazily shrinking, though not as fast as expected.

Obi, who said that the unpaid workers saga was almost resolved, noted that it takes courage to fight several battles and still remain standing.

In the area of security, the VC said that they have constructed a permanent blockade of a vulnerable tunnel which was a free entry and exit route for criminals for decades.

“We are aggressively fighting corruption, sex for grades, sorting and other illegalities to a stand still.

“Today, that battle is yielding impressive results. The registration process has been automated. Students do their registration alone now.

“Examination booklets are serialized and modified every semester. These are accounted for before and after examinations.

“The Senate Business Committee was established to vet the score in the marked scripts against the scores entered in the electronic report sheet.

“This has helped to sanitize the process. Consequently, it has made the production of transcripts easy,” she added.

She thanked staff and students of the university for their support, adding that the remaining three years of her administration would witness more aggressive development for the good of the university.