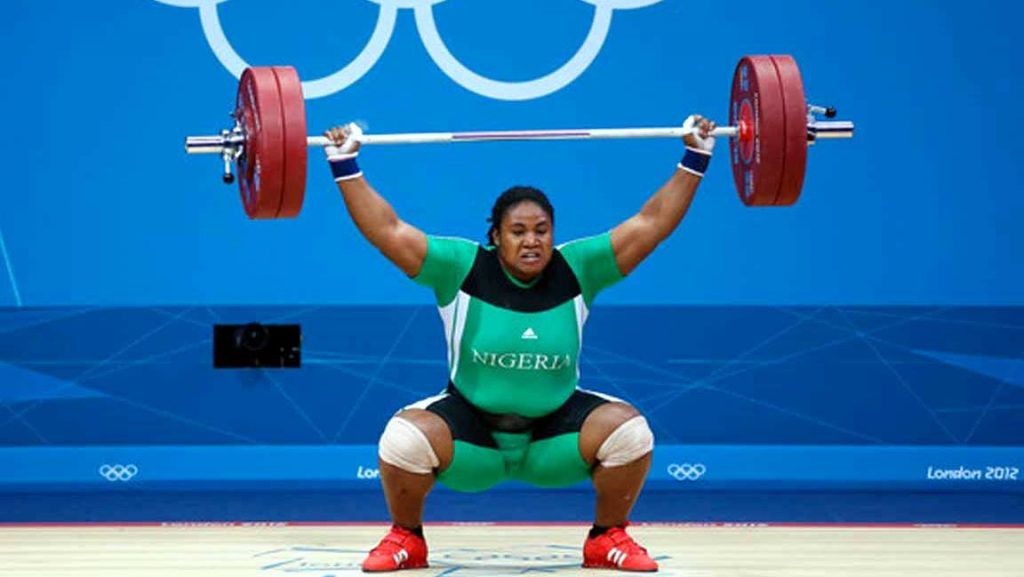 The final of weightlifting’s 59kg clean and jerk event on Wednesday witnessed an epic battle, with Rafiatu Lawal from Oyo State winning the gold medal ahead of Adijat Olarinoye of Lagos.

Our correspondent reports that the battle at the 21st National Sports Festival (NSF) in Asaba had both medalists at the last Commonwealth Games being stretched to lift 205kg.

Lawal, an established athlete in the 59kg category, clinched gold at the 2022 Games in Birmingham where she lifted a total of 206kg to set the games record of accumulated lifts.

Lawal also set another Commonwealth record in the snatch category after she heaved 90kg for her first lift.

Olarinoye on the other hand is the current champion of the 53kg event at the 2022 Games where she set a record in the snatch category.

Olarinoye however decided to move up to the 59kg from 53kg at the ongoing NSF in Asaba where she got to the final of the event.

As the 59kg category got to the final round, Lawal and Olarinoye were left to contest for the gold medal as they both lifted 200kg and 205kg.

This is where Lawal got the better of Olarinoye.

Olanrinoye in an interview with NAN said she would continue to give her best in the new category,

Our correspondent reports that Peace Annkwuru from Rivers won the bronze medal.